Center
Born:
04/01/1997
Season:
1
Nation:
Croatia
Height:
2.08
Pos:
Center
In the summer of 2020 Maccabi Playtika Tel Aviv announced the signing of Ante Zizic (2.08m) for two years. The Croatian center has many connections to the yellow-and-blue basketball club. First, he is the younger brother of Andrea Zizic, who won the Euroleague with the Yellows in 2014 after arriving during the season.

In addition, in that same year he visited Israel together with Dragan Bender in the days when the Maccabi academy was established, when the latter signed with Maccabi, grew up in the club, rose to the seniors and was selected fourth in the NBA draft.

Ante Zizic was selected in the 23rd pick of the 2016 NBA Draft by the Boston Celtics. He is a mobile center, with varied movements and explosive power, a player who can also play in the power forward position.

In the 2016/17 season, after being selected in the draft, Zizic remained in Europe for another year. He started the season at Cibona Zagreb, where in 13 games in the Adriatic he scored 20 points and averaged 9.2 rebounds per game.

After two months in the Croatian capital, he moved to David Blatt's Darussafaka, who played in the Euroleague that season. The young center then collaborated with a player that Maccabi fans may know as Scottie Wilbekin and played an average of 21 minutes, in which he scored 9 points and grabbed 6.7 rebounds.

In a dramatic game held on January 5, 2017, in which Maccabi Tel Aviv defeated Darussafaka 93:92 at home, the young Croatian scored 14 points and took 9 rebounds. That same season Darussafaka advanced to the Euroleague 1/4 final series, which ended in a 1:3 loss to the mighty Real Madrid.

Last season, Ante Zizic played in the NBA for Cleveland and averaged 4.4 points and 3 rebounds in 10 minutes on average per game. His best game was in a loss to Minnesota last January, providing 15 points and picking up 12 rebounds. In the 2018/19 season, also with the Cavaliers uniform, he participated in 59 games, scored 7.8 points and dropped 5.4 rebounds. 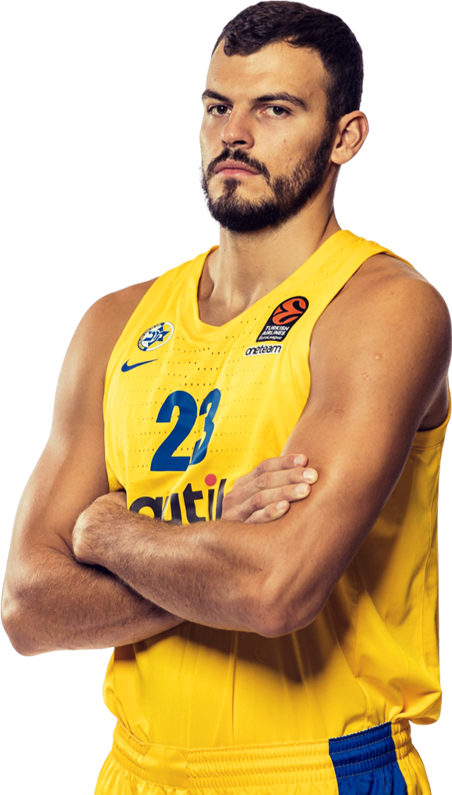