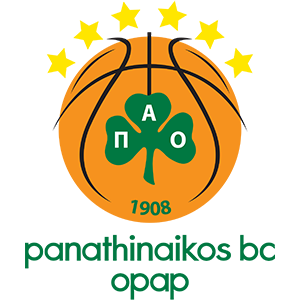 The Yellow & Blue hope to keep the EuroLeague playoff dream alive against Kattash's squad. Sfairopoulos: "They have good movement on offense, we'll need to be concentrated on the defensive side of the ball"

The Israeli champions come into the contest with positive momentum after the dramatic derby win and Thursday's victory over Valencia. The Yellow & Blue hold an 11:15 record, with 9 games remaining to the end of the European regular season. The history between Maccabi and Oded Kattash holds great and not as good memories. The most memorable of them all was back in the 2000 EuroLeague Finals as he led the Greens as a player scoring 17 points beating the Yellow & Blue in the championship game.

"For us, it's really important to follow our gameplan because Panathinaikos, under coach Kattash, plays his style of basketball, moving the ball more while trying to find their best shot patiently", Said head coach Giannis Sfairopoulos before departing to Greece. "They have good movement on offense, and everybody is involved, so we'll need to be concentrated on the defensive side of the ball". "Lately, Panathinaikos has been playing really good, they have a big lineup in all five positions, so everyone has to be prepared for stopping them on the offensive rebounds and their fastbreaks", Added the Croatian big man Ante Zizic towards the matchup against the Greens bigs. "If we play to our style of game, we have a good chance, but if we allow them to play to their advantages, we'll have a long night".

Elijah Bryant spoke about the awareness Maccabi has towards the matchup against Kattash's squad: "They are a good team, so we will come focused and do what we need to do to get the win. We understand they play similar to how Kattash coached in Jerusalem, and we've played them a few times, so most of the guys are familiar with his style of play".

The Yellow & Blue entered the last 10 minutes down by three after erasing an 18 point deficit, but the Greeks ran away with the victory, moving Maccabi further away from the playoff picture. Saturday: against Ness Ziona

11/03/2021
HOME · News Archive · Panathinaikos routes passed Maccabi 81:63
Maccabi Playtika Tel Aviv couldn't find a rhythm on Thursday night on one of their weaker nights of the season, dropping to Panathinaikos 63:81 in Athens. The Israeli champions managed to delete an 18 point Green advantage, but a poor fourth-quarter determined the outcome lowering the Yellow & Blue record to 11 wins and 16 losses.

After last week's victory over Valencia, the Yellow & Blue hoped to build a winning streak, but they didn't have solutions for the Greek squad throughout most of the contest. Scottie Wilbekin was the only Maccabi scorer who exceeded double figures finishing the night with 14 points. Giannis Sfairopoulos's unit needs to overcome the defeat quickly as Saturday they host Ness Ziona in the Israeli Winner League.

The Greens were in control in the first minutes of the contest as Hezonja and White led to an 11:3 margin. Jones tried to get the Yellow & Blue going knocking down back-to-back buckets in the paint, but that didn't stop the hosts momentum as While capped his 5 consecutive points with a shot from behind the arc as part of a 12:0 run. A Tyler Dorsey steal led to easy points concluding a tough first quarter, 9:25.

John DiBartolomeo and Caloiaro ignited the offensive rhythm as the forward dished two straight assists, one of them to the captain who drained a triple, 18:34. Wilbekin hit two shots from behind the arc for his first points of the night, and Zizic found Cohen for an easy slam, but Maccabi had a hard time stopping White and Mitoglou, who retained a double-digit margin, 30:43 at halftime.

Jones read a Greek pass, finishing with a layup on the other end, and Bryant knocked down a three-pointer cutting the Greens edge to single digits, 35:43. Kattash's squad responded with 8 unanswered points as Sant Ross and Papapetrou drilled back-to-back corner triples, regaining a double-digit advantage.

The Yellow & Blue locked down defensively, stopping the hosts on 2 points in the final five minutes of the quarter, which led to a 15:2 stretch. Wilbekin, Dorsey, and DiBartolomeo hit shots from behind the arc as Zizic tipped in two on the verge of the third-quarter buzzer, diminishing the deficit down to 3, 55:58.

The quarter break ended Maccabi's momentum as they couldn't find points in the first five minutes of the quarter, which helped Mitoglou and Pao regain a double-digit margin, 55:67. Wilbekin hit a floater for his 14th point, and Dorsey added a layup, but that didn't stop the Greens from the win as Papapetrou shot in two straight triples. Panathinaikos beats Maccabi 81:63.