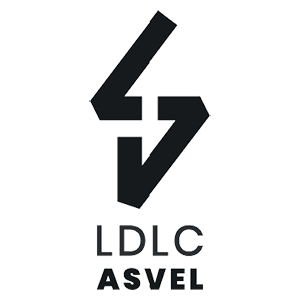 The Yellow & Blue return to Tel Aviv for their fourth consecutive EuroLeague game. Casspi will be out for the remainder of the European campaign. Sfairopoulos: "We want to react with a higher level of concentration"

Maccabi Playtika Tel Aviv is used to play Israeli League games on Sunday nights. Still, the current epidemic had unusual plans, and therefore Giannis Sfairopoulos's squad will host Asvel Villeurbanne on Sunday night (21:05, Live on Sport5 - Channel 55) at Menora Mivtachim Arena in front of a crowd of 3000 Yellow & Blue fans. Maccabi will have to manage without Omri Casspi, who injured his thigh and will be sidelined for the next couple of weeks, joining Yovel Zoosman and Othello Hunter, who continue to recover from their injuries.

Earlier this season, the French side recorded their first win over Maccabi this century with an 84:81 home victory. In the other three matchups, the Yellow & Blue won all three, as the last time Asvel came to Tel Aviv, Giannis Sfairopoulos's squad dominated with a 93:62 triumph. "We are up against a very athletic team, and although they've lost some games lately, most of them were decided at the end", Said head coach Giannis Sfairopoulos about Sunday's opponent. "We want to react after the loss to Red Star by playing better with a higher level of concentration, reading the game on both ends of the court, and adjusting to it. It's good we will have 3000 of our fans supporting us, and I expect them to help us overcome one more opponent".

"Villeurbanne has been a dangerous team all year long. They aren't in the playoffs contention, but on a good night, they can beat anybody when they are playing well, so we have to be ready", Analyzed Tyler Dorsey. "We have three games left, and we need to finish the season as strong as possible. They are one of the most athletic teams in the competition, so we have to match that with physicality and play our game, not letting their athleticism get us".

Maccabi's captain John DiBartolomeo indicated the importance of the next couple of games: "We've struggled with inconsistency throughout the season, and that is something we have to fix especially going forward in these last three EuroLeague games and in the final stretch of the Israeli League. We will come out focused, prepared, and hopefully play a better game than we did the other day getting some revenge on Asvel after what they did to us in France".

Based on the first quarter alone, Maccabi Playtika Tel Aviv was on its way to send the 3000 Yellow & Blue fans home happy. However, basketball is played for 40 minutes, and the French side was in control for most of the second and third quarters, securing a 74:67 win over Giannis Sfairopoulos's squad.

Without Othello Hunter, Yovel Zoosman, and Omri Casspi, who joined the injured list, Dragan Bender played a season-high 35 minutes leading all Maccabi scorers with 15 points and 8 rebounds, Tyler Dorsey and Scottie Wilbekin each contributed 14, and Ante Zizic concluded the night with 12 points and 8 boards.

The hosts got off to a hot start playing excellent team basketball as Jones drilled a mid-range jumper and dished an assist to Bender, who knocked down a shot from deep. Next possession, the Croatian big man spotted his fellow countryman Zizic, who slammed it down for a quick 7:0 advantage. The momentum shifted towards the visitors as Cole responded with 5 points as part of a 10:2 run leading to Villeurbanne's first lead of the night.

Bryant sparked 9 Yellow & Blue unanswered points finishing strong at the rim and finding Wilbekin for an open triple, who later added points in the paint, giving Maccabi a double-digit edge. Amine Noua closed out the quarter with points inside, reducing the advantage, 22:14.

The French momentum continued in the first minutes of the second quarter as Noua knocked down a triple which cut the lead down to 2. The hosts' first field goal came 4 minutes in as Bender slammed a one-handed jam and one while performing excellently on the defensive end leading to a Tyler Dorsey triple and T.J Cline's first points in the EuroLeague, 32:26.

Asvel turned it around and grabbed the lead in the final minutes of the first half as a Cole three-pointer and Yabusele's shot from behind the arc highlighted a 10:0 stretch, sending the teams to halftime with a 34:37 score.

The Croatian big men were the main points producers in the opening minutes of the third, scoring 7 straight points, while on the other end, Diot kept the edge connecting from deep and delivering a shot from the top of the key, 43:50.

The Yellow & Blue scored only 5 points in the final 5 minutes of the quarter, and the French took advantage to ramp up the margin to 9 after Derrick Walton Jr joined the scorers' table, 48:57.

Paul Lacombe tipped in an offensive board, giving Villeurbanne their first double-digit advantage of the night. Bender worked his way in the paint converting back to back three-point possessions reducing the lead down to 6, 56:62.