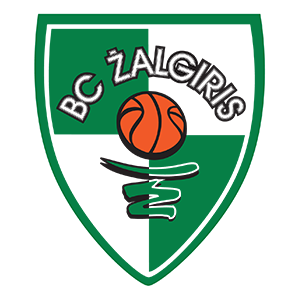 The Israeli champions begin a two-week six-game EuroLeague stretch. Hunter did not make the trip with the team. Sfairopoulos: "We expect a tough and demanding game"

Maccabi Playtika Tel Aviv will finish out the final six EuroLeague regular-season games in the next two weeks as they'll start on Thursday on the road against Zalgiris Kaunas (21:00, Live on Sport5 - Channel 55). Although the Yellow & Blue lost a real chance to qualify for one of the top 8 teams who'll clinch a playoff berth, Giannis Sfairopoulos's squad wants to end their European campaign on a good note. Othello Hunter didn't join the team and will miss out Thursday's matchup due to a leg injury.

These teams have a rich history facing one another 18 times since 2000, as Maccabi holds a 17:9 edge over the Lithuanian squad. In the first meeting between the sides this season, the Yellow & Blue demolished the Greens 85:57 in Menora Mivtachim Arena behind a 16 point performance by Tyler Dorsey. In Kaunas, Zalgiris has had the upper hand with three straight wins as the last one goes back to 2016.

"Zalgiris are fighting to qualify, so we expect a tough and demanding game", Said head coach Giannis Sfairopoulos before departing. "We need to be focused, play with high energy, and adjust to their tempo to play good basketball. It's a chance for us to get back in positive ways and results. We aren't happy with this situation, and we want to finish this season as best as possible".

"Our goal is to finish the season with as many wins as possible, improve from game to game, and perform well in the EuroLeague", Told Oz Blayzer about the team's mindset heading into the final European stretch. "This season is different for all of the teams, you can't assume that if you won by a significant margin, it would happen again. The season is so dynamic you can't really rely on the last game between the teams, we need to concentrate on Thursday's contest while implementing the strengths that led us to the victory in Tel Aviv".

Chris Jones, who scored a season-high 15 points against the Lithuanian squad, spoke towards the mentality going into the matchup: "We need to keep focusing on ourselves, building that identity regardless of the standings. If we go in with the right intensity, detail about the small things, we can give ourselves a chance to get a road win".

Maccabi's late surge led to an 88:81 victory over Zalgiris

A 16:2 run to close out the game gave the Yellow & Blue an impressive road win in Kaunas. 5 Yellow & Blue scorers finished the night with double digits points as Dragan Bender led the way with 16 points. Tuesday: Barcelona in Menora Mivtachim Arena

Maccabi Playtika Tel Aviv showed their fighting spirit on Thursday night, coming back from a double-digit margin and a 6 point deficit late in the fourth quarter to a heroic 88:81 finish on the road against Zalgiris Kaunas. The Yellow & Blue excelled in crunch time, stopping the Greens on two points for over 3:30 and scoreless in the last minute and a half, taking advantage of 9 unanswered points to close out the contest.

Like the past couple of domestic league games, the Israeli champions enjoyed an outstanding balance on the offensive end. Five players secured double digits in the points column as Dragan Bender led the way with 16 points. Chris Jones had an outstanding performance scoring 13 points while adding 6 assists, 4 steals, and 3 rebounds.

The start was associated with the hosts as Walkup led his squad to a quick 9 points opening a 7 point advantage. Caloiaro knocked down a corner three for his 500th EuroLeague career point, and Wilbekin converted a three-point possession that cut the lead down to 4, but Hayes's 7 straight points highlighted a 9:0 Green run, which gave the Lithuanian's a 21:8 edge.

Omri Casspi came off the bench, provided a lot of energy leading to 8 unanswered points, dishing an assist to a Dragan Bender dunk, and later produced six consecutive points reducing the first-quarter deficit down to eight, 18:26.

The Yellow & Blue momentum continued in the second quarter with a 12:2 stretch, as Casspi, Chris Jones, and a Bender layup gave the visitors a two-point margin, 30:28. Walkup, Jankunas, and Hayes restored the host's lead with booming shots from behind the arc. On the other end, a timely three-pointer by Maccabi's captain John DiBartolomeo in the final minutes of the first half cut the margin down to 2, 38:40 at halftime.

The second half began with a Walkup steal that led to converting a three-point play, and the guard dished an assist to Grigonis, who drilled a triple ramping the edge back to 8. Oz Blayzer rejected Lauvergne and hit a three-pointer as Jones added back-to-back jumpers, 45:58. DiBartolomeo shot in three straight free throws, and Bryant, with 5 consecutive points, tied the score at 55.

Tyler Dorsey knocked down a shot from deep, putting Maccabi on top, but the lead switched multiple times in the final minutes of the quarter as Augustine Rubit and Rokas Jokubaitis led the hosts while Dorsey and Bryant responded for Maccabi, keeping a slim 2 point edge, 64:63.

Bender knocked down back-to-back shots from behind the arc to open the final ten minutes, but Lauvergne responded with multiple buckets in the paint, 70:69. Grigonis sparked a 7:0 run as Hayes, with a tough bucket, gave Zalgiris a 6 point margin. Behind a great defensive effort, Wilbekin dished an assist to Zizic and drilled an important three-pointer tied the game at 79 with 2:33 minutes left.

Jokubaitis hit a jumper that brought the lead back to Zalgiris, but those were the last points the Lithuanian squad would score on tonight as a Bryant triple initiated a 9:0 run as Zizic, Wilbekin, and Bender laid in points inside, giving Maccabi their first road victory since week 18. Maccabi comeback to beat Zalgiris 88:81.