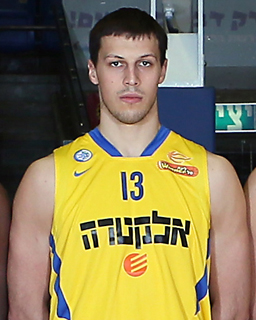 Maccabi Electra Tel Aviv snagged a crucial away win over Fenerbahce Ulker, 94-85 and evened their Euroleague Top 16 record to 5-5. They scored no fewer than 15 three pointers, with Ricky Hickman (18 points) and Devin Smith (16) leading Maccabi's scorers.

Thanks in part to an exceptional 15 of 27 from three point range, Maccabi Electra Tel Aviv defeated Turkish team Fenerbahce Ulker 94-85, improving their Euroleague Top 16 record to 5-5.

Starters for Maccabi were Shawn James, Devin Smith, Ricky Hickman, Nik Caner-Medley and Yogev Ohayon. The game opened with a bucket and 1 for James and points by Ohayon, and Smith added a trey and a block. Points by Hickman made it 10-4, but the hosts woke up and tied the score halfway through the period, 10-10. Shortly after, they claimed a 15-10 lead. Caner-Medley and David Logan retied the score with three minutes left in the period. The lead continued to change hands, with points from Darko Planinic keeping Maccabi close, and the quarter ended with the score tied at 22.

Maccabi looked good at the start of the second quarter, jumping to 29-22 in the first two minutes off points from Logan (three from the right corner), Planinic and team captain Lior Eliyahu. A layup by Sylven Landesberg and points from the charity stripe by Roth gave Maccabi a ten point lead, 33-23 after three minutes of action in the period. Points by Roth, James and Hickman kept Maccabi ahead of the Turks, but a string of fouls helped the hosts close the gap to 40-36 with two minutes remaining in the half. Hickman added three from the left wing and three more from the foul line (one trip following a steal) before wrapping up the period with another bucket from downtown at the buzzer, sending the teams into the halftime break with Maccabi leading 49-40.

Fenerbahce scored first in the third quarter, but Maccabi responded with a long bomb by Logan and a steal/layup by Smith. Fenerbahce inched their way to 54-49, but two straight threes from the left side by Ohayon and Smith gave Maccabi some breathing room, 60-49. Once again the hosts cut the deficit, but Hickman and Roth bumped up the lead again. Fenerbahce continued to chip away at Maccabi's lead, and the period ended with the score 71-60.

Logan scored from outside the arc to kick off the final quarter, but it didn't take long for Fenerbahce to retaliate. James bumped Maccabi's lead back into double digits, 76-65 after three minutes, and yet again the home team responded. Three straight threes for Maccabi (Ohayon, Smith and Logan) made it 87-76 with just over three minutes left in the game. Maccabi stayed in control for the remainder, with James and Smith scoring to end the contest and giving Maccabi Electra Tel Aviv a 94-85 victory over Fenerbahce Ulker in Turkey and putting their Euroleague Top 16 record at 5-5.