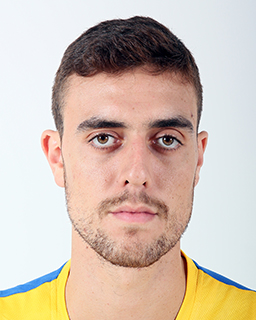 In a tough game on the road hard on the heels of the victory in Berlin, Maccabi Electra Tel Aviv was defeated by Maccabi Rishon Lezion 105-85. Landesberg led Maccabi's scorers with 17 points.


Maccabi's starters were Joe Alexander, Jeremy Pargo, Sylven Landesberg, Devin Smith, and Jake Cohen. Landesberg kicked things off with a triple from the top of the arc, but Swann responded quickly for Rishon. The score stayed close, and was tied at 8 three minutes into the period after points by Smith. The hosts took the lead briefly, but points by Alexander, MarQuez Haynes, and Alexander made it 17-13 Maccabi with less than four minutes left in the period. The game stayed close, and the score was 23-22 Maccabi as the quarter came to an end.


It didn't take Rishon long to take control of the tempo of the game, and after two and a half minutes the hosts held a 34-27 lead. Pargo and Landesberg cut the deficit slightly, though Maccabi trailed by five halfway through the period, 41-36. Rishon continued to work both ends of the floor, and a trey by Smith and a bucket and one by Ben Altit didn't help much. The teams went into the break with Rishon up by ten, 54-44.


Maccabi showed signs of making a comeback in the third quarter, with a three pointer from Jake Cohen and points from Altit, Smith and Alexander. Maccabi's defense held Rishon scoreless for several minutes while cutting their deficit to a single digit, 69-60 with three minutes left in the period. But Rishon went on another scoring run and reopened their lead to 80-65 going into the final period.


The fourth quarter was also dominated by the hosts, who had increased their lead to 94-73 at the halfway mark. The energy of Rishon ended up being too much for Maccabi, and the game ended in a 105-85 victory for Rishon over Maccabi Electra Tel Aviv.