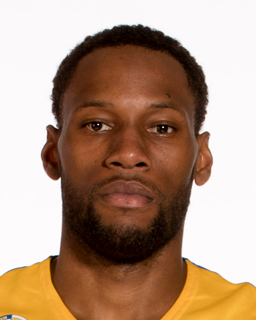 Iverson: “Our situation is not ideal but we’re coming ready to fight”

After the win in the Tel Aviv derby, Maccabi heads to Turkey to play Galatasaray (Tuesday, 19:00) with Kazan coming to Tel Aviv on Thursday. Our center is ready: “It’s going to be a tough atmosphere”. Coach Bagatskis: “It’s an NBA schedule and we all want to be there so let’s enjoy it”. Watch their interviews.

23/01/2017
HOME · News Archive · Iverson: “Our situation is not ideal but we’re coming ready to fight”
(In the video: Colton Iverson and coach Bagatskis soundbites)
With the derby already in the back mirror, Maccabi Tel Aviv is now ready for a busy week, with two Euroleague games that are crucial to keep any playoff chances alive. Today the team will play Galatasaray in Istanbul (Tuesday, 19:00) and on Thursday will host Russian team, Kazan. Maccabi beat both teams earlier this season so will look to repeat that to start improving its position in the standings. Before boarding the plane to Turkey, Coach Ainars Bagatskis spoke with Maccabi’s official website and local media.
"Galatasary is an experienced, athletic team”, said the Latvian coach, “so we prepared hard in the last two days. We can't just play positional basketball. We showed examples of how teams played against them with pressure. They want to play slow, positional basketball and we must counter that. We have no health problems with the players. We have to handle their bigs with help and cover by other people. It's a week with an NBA-like schedule and we all want to be in the NBA so let’s enjoy it”.
(Watch: Highlights from Maccabi’s win over Galatasaray earlier in the season)

Colton Iverson, coming off a great showing against Hapoel Tel Aviv, also spoke with the media. "We played Galatasaray pretty well the first game, but we definitely need to improve on that and have the same approach we had against Hapoel”, said the American Center.
”We gotta be ready to play, it's going to be a tough atmosphere. I'll do my best to stay out of foul trouble. I think the refs are noticing I've been playing with my hands straight up. Every game is a playoff game now. We gotta win on the road, do anything it takes to get the win. We're coming ready to fight. It’s not an ideal situation with the standings, but we're not giving up, we got a lot of fight left in us"
Maccabi will have an 11 player roster for the game: Gal Mekel, Yogev Ohayon, DJ Seeley, Andrew Goudelock, Sylvan Landesberg, Sonny Weems, Devin Smith, Guy Pnini, Victor Rudd, Joe Alexander, Colton Iverson.