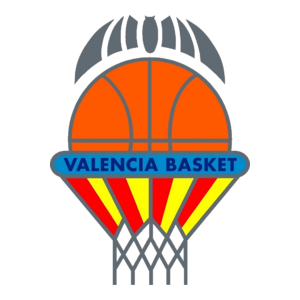 Maccabi loses 87:84 to Valencia on the road

Maccabi trailed throughout the game and made a great comeback led by Cole (22P, 5A) but it wasn't enough as Valencia got the 87:84 lead

The yellows wanted to finish the EuroLeague regular season with a win as they faced Valencia on the road. The hosts finished the first quarter ahead and increased their lead to 18 points at the beginning of the third quarter, but an amazing comeback led by Roll made sure the game will go down the wire, where the hosts ended up coming on top with the 87:84 loss.

Coach Spahija's starting five: Cole, Zoosman, Roll, Bolden and Art. Both teams stayed close at the beginning of the game with the scoreboard showing 11:8 lead for the locals four and a half minutes into the game. Zoosman's layup kept Maccabi in the game (14:12), both teams exchanged baskets with Valencia capitalizing as they've put themselves ahead 24:18 at the end of the first quarter.

Maccabi struggled to score at the beginning of the third quarter allowing the locals to increase their lead to 57:39, but the yellows reacted with a run of their own trimming Valencia's lead to 57:49. Bolden took control over the game on both ends of the court and Kane brought the yellows closer to within a striking distance (57:55). Valencia increased their lead again (61:55) but Thomas had the final say in the third quarter with a dunk Maccabi trailed 61:57.

Though the locals were the first to score, Cole and Thomas made a 5:0 run (65:64). Valencia increased their lead to 75:66 with just under six minutes remaining in the game. Norris Cole's six points kept Maccabi in the game (77:72), Dubljevic reacted forcing coach Spahija to call for a timeout (79:72). Both teams exchanged blows from downtown (85:78), Kane and Roll trimmed Valencia's lead down to 85:84 with 5.3 seconds remaining in the game, but Van Rossom scored both free throws to give Valencia the 87:84 win.