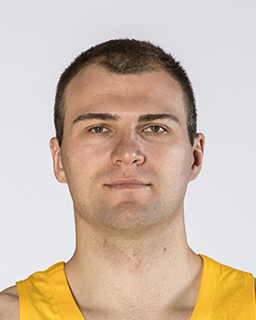 The yellows returned to their winning ways in the domestic league after getting the tough 98-90 over Ironi Naharya. Bolden (10R) and Jackson (7S and 7A) were on fire with 23P & 21P accordingly

12/12/2017
HOME · News Archive · Bouncing Back: Maccabi beats Ironi Naharya 98:90
Maccabi FOX Tel Aviv won 98:90 on the road at Ein-Sarah, on the holiday of the Maccabees. Coach Spahija could be satisfied with the performances of Jonah Bolden and Pierre Jackson who were both great on defense and on offense. Cole, Cohen, Art and John-Di also stood out. On Friday a higher hurdle awaits for the yellows perhaps the toughest one yet, the current number one seed in the EuroLeague: CSKA Moscow.
Coach Spahija's starting five: "Jackson, DiBartolomeo, Mashour, Bolden and Parakhouski. Bolden and Jackson opened strong to give coach Spahija the 9:3 lead three minutes into the game. Naharya reacted with Webster and Ziv who tied the score at 12 apiece. Bolden completed an "and one" play and alongside Tyus and Cole made it 19:12, Naharya answered with a 6:0 run to end the first quarter with the yellows ahead 19:18.

Webster scored a three pointer at the beginning of the second quarter to give Naharya the lead (21:19) however Tyus and Cole reacted to take back the lead and so did Naharya (26:23). Jake Cohen got into business but a dunk by Nash tied the game at 30:30 with five minutes remaining in the second quarter. John-Di gave Maccabi the 35:33 lead which made Naharya's head coach Eric Alfasi call for a timeout from which the yellows came back even more focused as Jackson's pass connected with Mashour for a thunderous dunk, Pierre and Bolden also scored from the free throw line to set the halftime score as Maccabi were up 46:38.

Jackson made the most of a great screen made by Art to score from downtown, John-Di made it 52:40. Webster and Ziv shifted into higher gear as they made sure the game will be up-tempo enroute of a 9:4 run (56:49). Art dominated the paint and alongside Pierre who score a three pointer increased Maccabi's lead to 65:52. Kane took and offensive rebound and scored his first points of the game as the lead grew bigger and got closer to a 20 point margin, Webster reacted but Bolden and Zoosman had the final say in the third quarter with a 76:60 yellow lead.

Naharya took down the lead to just 12 points after hitting back to back threes. But Bolden transformed a great play on defense to instant offense as he passed the ball to Cole who score on a fast break. Bolden scored athree pointer that was answered with a run by the locals who took down the lead to 85:76 with five minutes left in the game. Bolden scored his 20th point of the night from downtown, however this time it was Webster's turn to react as he took down the lead to just seven points, but then Maccabi's dynamic duo of the night, Bolden and Jackson scored six consecutive points to make sure the northerners will not comeback this time as they secured the 98:90 important away win.