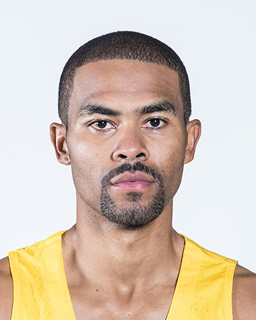 "It takes a group effort everybody, from the first guy on the court to the last"'

Coach Neven Spahija before the game against Madrid: "I trust the players, their attitude, their work ethic and I believe that they can do it". Michael Roll: "Minus the Barcelona game we've been one or two possessions away from every game". Angelo Caloiaro: "We gotta come out with a lot of energy"

With a record of 1:4 in the EuroLeague, Maccabi FOX Tel Aviv will look to get back to its winning ways against the reigning champs Real Madrid. Without Black and Pargo coach Spahija's squad are locked and loaded as they have Madrid on their sights knowing they cannot afford to lose this game that will be broadcasted live on Sport5 21:05 local.

"Real Madrid, with the way they are playing now are the best team in Europe, their numbers are really impressive", said Coach Spahija. "We're going to always prefer to put them in difficulty and to play better defense to not let them score that much and try to compete in front of our fans and their amazing support that we have all the time and try to win. We were very close against CSKA, unfortunately we didn't win but tomorrow is our second opportunity in front of our fans in Menora and let's try to do it. I don't think we have a problem of attitude or stepping up against any team, that means that sometimes it's better sometimes it's worst but definitely I trust the players, their attitude, their work ethic and I believe that they can do it".

"Real Madrid comes here laying very good basketball", said Michael Roll before the game against Los Blancos. "Obviously they are a very good team, they have experience together, they've been playing with each other for seems like 20 years so it's gonna be a tough test for us we really gotta come focused and really just play hard and fight so it's going to be a fun game and it's going to be a good show to the fans. It takes a group effort everybody, from the first guy on the court to the last, we all have to do a little bit extra we all have to give a little bit more on the floor and come with more energy. We really gotta focus in trying to take some of the small X's that they are doing so well, if we're able to do that I'm comfortable".

When asked about inner conversations in order to prevent somewhat of a bad season Roll replied: "Minus the Barcelona game we've been one or two possessions away from every game, some very good teams on the road, if we maybe play them later when we're clicking a little bit more and understand each other a little bit better maybe we'll take those games, it's a great learning experience for us, we did a lot of things well and as long we keep practicing and improving it's only going to be up from here".

"They won the EuroLeague last year so it's gonna be tough", said Angelo Caloiaro. "We gotta come out with a lot of energy. I feel like in a club like this you're always going to feel and expect like you want to win so game by game you're going to take it upon yourself. We got a team and we always want to go out there and win every game. We have been struggling a little bit, we've been practicing well so we will continue to work and should be fine".

Maccabi loses 66:87 to the reigning champs

Jaycee Carrol led the Los Blancos offense to an 18 point lead at half time from which Maccabi couldn't recover. Johnny O'Bryant's valiant effort (17P & 7R) was not enough

08/11/2018
HOME · News Archive · Maccabi loses 66:87 to the reigning champs
With a record of 1-4 Maccabi FOX Tel Aviv faced the EuroLeague reigning champs Real Madrid with the hopes of improving their record. The hosts managed to stay close to Los Blancos in the first quarter but a run sparked by Jaycee Carrol in the second quarter was enough to make it 23:41 lead at halftime. Madrid kept capitalizing until the very end en route of a 66:87 win.

Coach Spahija's starting five: Wilbekin, Kane, Roll, Caloiaroand O'Bryant. O'Bryant scored from distance but Randolph scored one as well (3:3), Maccabi were efficient on the offensive end as they had the 11:7 lead. Tavares and Llull completed a 5:0 run to give Madrid the 11:12 lead with just over four minutes remaining in the first quarter. Sessions and Tyus gave Maccabi the 15:12 lead but Ayon and Randolph finished the first quarter strong for Los Blancos who took the 15:18 lead at the end of the first quarter.

Ayon scored at the beginning of the second quarter but Sessions scored both of his free throws to keep the yellows close to the visitors (17:20). Fernandez and Reyes increased Los Blancos' lead to 19:25 forcing coach Spahija to call for a timeout. Jaycee Carrol scored eight points in the second quarter to make it 21:35 as Coach Spahija called for his second timeout. Jaycee scored Madrid's last six points of the quarter en route of a 23:41 lead at halftime.

Scottie scored at the beginning of the third quarter but Llull reacted from downtown (25:44), Ray and Wilbekin scored back to back threes to make it 31:46, Spahija's squad tried to tried to trim Madrid's lead again but Lull and Randolph made it 35:59, Lull and Reyes made it 39:66 but Roll and Cohen reacted for the yellows to finish the third quarter with the scoreboard showing 44:66.

Ayon and Rudy made it 45:72 at the beginning of the fourth quarter, Reyes showed his effectiveness on the boards as he put the visitors ahead 48:78, Caloiaro and Tyus scored for the yellows to make it 60:82. Campazzo increased the visitors' lead but Caloiaro had the final say in the game as Maccabi loses 66:87.