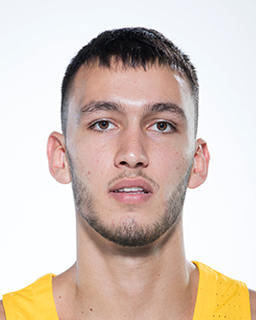 The yellows kept their home safe starting off the week on a high note. Scottie scored 19P, Roll added 18P. On Wednesday: Buducnost

06/01/2019
HOME · News Archive · Maccabi's tenacity secures 101:91 win over Eilat
Maccabi FOX Tel Aviv faced Hapoel Eilat for the 13th round of the Israeli Winner League, the yellows got some encouraging news just before the tip-off with the announcement that Tarik Black was cleared to play. Maccabi remained focused throughout the game and as they delivered a great performance while showing tenacity combined with mental toughness securing the 101:91 win. Maccabi will now start to prepare to the fourth double rounder in the EuroLeague as they will face Buducnost on Wednesday in Tel Aviv.

Coach Sfairopoulos' starting five: Wilbekin, Kane, Zoosman, Tyusand O'Bryant. Both teams struggled to score at the beginning and neither side really imposed its will until Tyus and Scottie took care of business enroute of a 15:7 lead. The visitors started to climb their mountain and a downtown shot by Smith made it 19:16 forcing coach Sfairopoulos' to call for a timeout. Despite continuous attempts by the southerners to take the lead John-Di made sure that the reigning champs will have the 26:24 edge at the end of the first.

Nimrod Levi was on fire at the beginning of the second quarter as he scored a couple of downtown shots enroute of eight personal points and a 37:30 lead. Bourdillon scored from deep but Levi and Roll made it rain again only this time it was pouring threes with the later making sure the hosts will finish the first half in style knocking down a triple after a successful pick & shoot. The southerners had the chance to trim Maccabi's lead just before halftime but failed to do so with the scoreboard showing 53:47 at the buzzer.
Two minutes into the third and Fredric brought Eilat to within a striking distance, but a focused side in yellow and blue led by Alex Tyus and Michael Roll managed to keep Eilat at bay (63:57). Skjoldebrand brought Eilat back into the game but this time it was Tarik and Zoosman who fought back and secured the 70:67 lead at the end of the third quarter.

Two and a half minutes into the fourth Elijah Bryant drove inside and drew foul but failed to complete the three point play as the scoreboard showed 74:74. The visitors took the lead but just as the final period reached its halfway mark Tyus kept coach Sfairopoulos' fighting squad in the game with ferocious dunk (76:80). Johnny O made his presence felt from distance giving Maccabi the edge again (81:80) forcing coach Drucker to call for a timeout. Elijah was the man for the visitors as he kept knocking down shots, yet for every blow Bryant delivered Scottie and Johnny O answered with deep daggers one after the other to keep their safety distance (89:85). Eilat made their final run at a comeback but Maccabi's minister of D, The Zoos alongside Scottie Wilbekin secured the 101:91 home win.