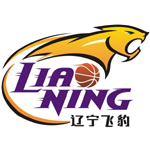 The yellows wanted to finish their preseason tournament in Zadar on a positive note as they faced the CBA champs Liaoning, The squad in yellow and blue took then early lead but Liaoning remained close; Maccabi went on a 23:9 run in the second quarter and never looked back as they got the 100:64 W on their final game in the Zadar tournament. Pargo (10P & 12A) led five scorers (Caloiaro, Avdija, Zoosman and Wilbekin) in double digits.

Coach Spahija's starting five: Black, Levi, Wilbekin, Pargo and Zoosman. Wilbekin and Levi gave the yellows the early 5:0 lead over Liaoning. The CBA champs tried to come back but Cohen and Pargo kept them at bay (14:8) with four minutes remaining in the first quarter. Kane increased Maccabi's lead to 19:10 but Liaoning had the final say in the quarter with a corner three (19:13).

Maccabi started the second quarter with an 8:0 run (27:13) forcing the CBA champs to call for a timeout. Liaoning came back focused from their timeout as they completed a 9:0 run of their own (27:22). Spahija's squad started firing on all cylinders taking the 42:22 lead in the second quarter showcasing their ability from distance. Pargo's mid-air hand switching layup kept Maccabi ahead 48:28 but Liaoning had the final say in the second quarter as they trail 48:30 at halftime.

Liaoning were the first to score in the second half but Maccabi kept their composure as they kept their 18 points lead (54:36). Black's thunderous dunk gave Maccabi the 58:37 with just under 04:30 remaining in the third quarter. Wilbekin and Avdija scored back to back threes increasing Maccabi's lead to 69:44. Liaoning reacted with four points ending the quarter trailing 69:48.

Maccabi'swell applied pressure at the beginning of the fourth payed off as they increased their lead to 76:48. Caloiaro who entered the game for the first time in the fourth quarter made his presence felt on both ends of the floor helping Maccabi cross the 30 points barrier (82:48). Spahija's squad kept firing on all cylinders till the end as they got the 100:64 W.