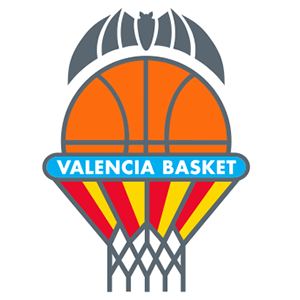 Thursday in the arena: Maccabi - Valencia

Maccabi Fox Tel Aviv will host Valencia as part of the 4th EuroLeague fixture (Thursday, 21:00, live on channel Sport5). The Yellow & Blue came back home after the win over Ness Ziona, to their 4th win in 5 contests EuroLeague and league play. Giannis Sfairopoulos and his players arrive back to the arena after two straight home wins.

"It is a dangerous game against a good team with one big roster", Said Giannis Sfairopoulos towards the matchup. They have lost their first three games, so they will fight to capture their first one. We told the players to be ready for a tough contest. Valencia has good players that each one of them can contribute, and we need to be concentrated for 40 minutes".

"We know their strengths, we will need to play good defense to stop them and to take advantage wisely of their weaknesses on defense". Added Sfairopoulos. "I hope the arena will be full, to bring results we need our fans to support us during the game".

We will want to keep them low scoring, they run a lot, like all Spanish teams, so we will need to be a unified group to prevent their transition game. Answered Sfairopoulos to the question about the rhythm of Valencia. "I think the first home game is always the most difficult one, and we passed it through. Now we are getting in rhythm and feel better". In Maccabi, you always have pressure to win, especially at home, but we don't think about it - we are only thinking of playing better basketball, and I want our players to perform to our level".

"We need to learn from the last game. Luckily, we didn't pay the price on those last five minutes, we need to be ready mentally to stay focused for 40 minutes", Said Sfairopoulos.

When asked about the homegrown players from Maccabi answered the greek coach: "When I came here I gave zoosman a more significant role, and he succeeded, now we are doing the same with Deni. About Omri, I said more than once that I'm happy he is here because he is the best Israeli player".

"They are a good team, they haven't won yet but had some close losses, and they played well against Efes, so every game is tough in the EuroLeague, so we need to be ready to play", Said Nate Wolters towards the game. "We need to take it game by game, one at a time, and it's a home game, and every EuroLeague match is important, so it's a game we need to win". The crowd was amazing last week; hopefully, it will be the same, and we feed off their energy".

Maccabi stays undefeated at home after a 76:63 win over Valencia

Maccabi Fox Tel Aviv beat Valencia 76:63 as they retained their perfect record at home, on their way to a 2:2 EuroLeague record. The Yellow & Blue enjoyed another electrifying performance by their fans in the Menora Mivtachim Arena as Nate Wolters, Othello Hunter, and Omri Casspi were both fabulous in the win.

Scottie Wilbekin shined finishing the night while leading all Maccabi scorers with 14 points. Deni Avdija started for the first time in his career in a EuroLeague game, completing 16 minutes on the court with 6 points.

Maccabi's winning streak stands at four games, as in the last three of them, they have been able to limit their opponents to under 70 points. On Sunday, Maccabi will host Hapoel Jerusalem in Tel Aviv as each teams come into the game undefeated in the Israeli league. On Wednesday, Zeljko Obradovic's Fenerbahce will fly into town to face Giannis Sfairopoulos's squad. Maccabi started the game over fired up with four turnovers in less than four minutes. Coach Sfairopoulos called a timeout, and the team responded well with Wolters running the show. With 10 seconds left in the first quarter, Hunter hit a big and one at the end of Maccabi's shot clock to give the hosts a 17:9 lead. Dubljevic scored two free throws at the end of the first, 18:11 Maccabi.

At the start of the second quarter, Wolters fed Hunter twice with excellent passes, as the big man finished them both in ease to bring the Yellow & Blue's lead up to 11. The Valencians came back slowly as they reduced Maccabi's advantage to 21:24. Casspi returned the momentum to the Yellow & Blue, but the team couldn't run away from the Spanish squad. Maccabi led at the half, 33:28.

Giannis Sfairopoulos's squad came out strong out of the locker room. Avdija scored three straight points as Casspi led the charge to bring the hosts to a double-digit lead 43:33. Yovel Zoosman hit two consecutive three's, as Wolters tied his career-high in assists to help Maccabi take a commanding 16 point lead. After three quarters, 56:44 for the Yellow & Blue.

Maccabi kept on with the momentum in the fourth with Avdija hitting a three-pointer from beyond the arc. Wilbekin joined with another three to bring the hosts lead up to 19. In the final minutes, Valencia was able to reduce the lead, but the Yellow & Blue stay undefeated at home after a convincing 76:63 win.