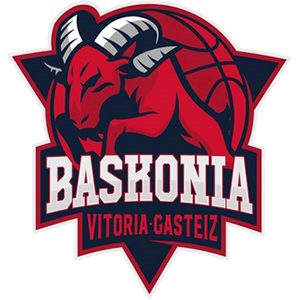 The Yellow & Blue head out to Vitoria as they'll try to earn their sixth straight EuroLeague win. Live on channel Sport5

Maccabi Fox Tel Aviv will play on Thursday (22:00, live on channel Sport5) against Saski Baskonia as part of the eighth fixture of the EuroLeague. The Yellow & Blue will try to maintain the positive momentum coming into the game, winning their past 10 contests. Omri Casspi (knee) stayed in Israel as Sandy Cohen will be registered to the game.

Baskonia comes into the game with a 3:4 record, losing last week to Milano 74:81. Throughout history, the Spanish squad leads 16:12 over Maccabi, who is looking for their first win in Vitoria since February 2013.

"Baskonia plays in the same philosophy as us, we need to be very concentrated to follow our gameplan", Said coach Giannis Sfairopoulos, before the game in Spain. "They played only two home games in seven games, both of them won easily, so we need to be very competitive as we've been so far".

"We don't think about the past, only about the next game", Explained Sfairopoulos about the team's approach. "It doesn't matter if you win or lose the game before, the next one, you always need to play a good game, that's how we approach it".

"I think so, no matter what happens, if we win or lose, it will be a really good test for us how we respond to being on the road for such a long time", Said Jake Cohen about playing 3 straight EuroLeague away games. "We will be playing against really good teams that play on a high level, but we only need to think about Baskonia how we can take care of business there because last year it didn't go well for us. We will try to turn it around this year".

"It is a totally new year, we got a different team, and we are playing really good basketball right now", Spoke Cohen about Maccabi's history in Vitoria. "We have a lot of confidence, and that is going to help us whatever building we are playing in. So, it doesn't really affect us, we just focus on doing our job".

With their sixth straight EuroLeague win, the Yellow & Blue climb to first place while shattering two new club records: hitting 17 three-pointers and winning by the biggest margin in Spain. Scottie Wilbekin led the way with 20 points

Behind dozens of fans that made the trip with the club to Vitoria, Maccabi Fox Tel Aviv blew away Baskonia 113:83. The visitors put on a show for the history books, winning their sixth straight EuroLeague contest as they broke the clubs record for three-pointers that sat before the game at 16, as it now stands on 17 with the win.

After a 28:21 Maccabi lead after one, the Yellow & Blue went on a 27:11 run in the second quarter that pretty much ended the night at halftime. Giannis Sfairopoulos's squad's stats were off the chart: 59% from deep, 65% from the field, 126 performance index rating, and six players scoring in double figures: Scottie Wilbekin 20 points (6 assists), Elijah Bryant 19 (6 rebounds), John DiBartolomeo (6 assists, 3 steals) & Nate Wolters 14 points each, Tyler Dorsey 12, and Othello Hunter 10 points & 9 rebounds. Recap
Scottie Wilbekin, Nate Wolters, Yovel Zoosman, Quincy Acy, and Tarik Black opened in Maccabi's starting five. Maccabi was hot from the get-go with Wilbekin hitting back-to-back three-pointers, Black dominating under the baskets, and a great start by the captain DiBartolomeo. On the other end, Tornike Shengelia, one of the top power forwards in Europe, scored 8 points in the first quarter to leave the hosts close. Maccabi led 28:21 after one.

After a good first quarter, Maccabi took full control of the game in the second period, Wilbekin and DiBartolomeo were unstoppable nailing three's from all cylinders leading the Yellow & Blue to 60% from deep. Shengelia knocked a three from long range for the hosts, but the visitors kept increasing the margin to a commanding, 55:32 at halftime.

Maccabi kept on the incredible pace from the first half, Wilbekin led the way with Bryant and Wolters joining the show scoring in double-figures finishing the game early in the third quarter, 86:58 going into the fourth.

In the fourth, coach Sfairopoulos gave Sandy Cohen his first EuroLeague action making his debut, as the lead kept on staying around the 30 point difference. Maccabi continued strong until the final buzzer, ending the game with 113 points, 17 three-pointers, and their most significant victory in Spain, 113:83.