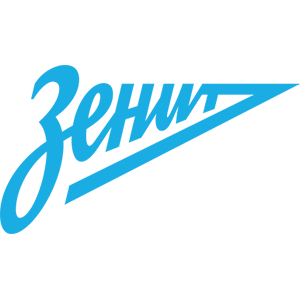 24 hours after the big announcement of renewing Coach Giannis Sfairopoulos's contract for 3 more years, the team flew to Russia with a charter flight and 80 exited fans on board.
The team roster is lacking 4 injured players: Omri Casspi, Nate Wolters, John Dibartolomeo and Tarik Black. The yellow and blue team are looking for their 10th win so far, in the second largest city in Russia.
Coach Giannis: "we have a great motivation from one side and we play one more game with a lot of absences from the other side. They have good players in every position. We need to find solutions with our fighting spirit and heart. We need everybody to be ready to play and give maximum. It's one more challenge".
Scottie wilbekin: "I feel good. I'm ready to start this double week. Coach is doing a good job getting us ready and rest when he can rest us. I didn't play too much in the Derby and we need to optimize our time to rest and time to work".
Elijah Bryant: "guys are ready to play. We are pros, we are doing this our whole lives and we are ready and full with energy. Any game is a must win game for us".

The Yellow & Blue extend their EuroLeague winning streak to 4 games after the win, improving their record to 10:4. Dorsey led Maccabi with 17 points, and Hunter added 15 points. On Thursday: Panathinaikos in Tel Aviv

Maccabi opened the game with Scottie Wilbekin, Elijah Bryant, Yovel Zoosman, Quincy Acy, and Othello Hunter in the starting five. Hunter scored four straight points after a QuAcy three-pointer, as the visitors kept a minimal lead in the opening minutes. Byrant with two shots from behind the arc gave Maccabi a 15:10 advantage. However, Gustavo Ayon and Will Thomas helped turn it around for Zenit taking their first lead of the night with a 9:0 run, 15:19. Tyler Dorsey helped the Yellow & Blue came back through, tieing it at 21:21 after 10 minutes.

The second quarter didn't produce high-level basketball, as the period ended at a 10:9 score. Deni Avdija, Angelo Caloiaro, and Dorsey sparked a 7:0 stretch to put visitors up 28:24. However, the visitors couldn't find a bucket until the end of the first half. Ex Maccabi Colton Iverson and Ayon regained the lead for the Russians 28:30, as Hunter sank three straight free throws before the break to make it 31:30 at the half.

Hunter maintained his strong showing from the first half, scoring twice on a 6:0 Maccabi start, 37:30. Scottie Wilbekin's hit his first points, a three-pointer giving the visitors a double-digit advantage. The two Israeli youngsters Yovel Zoosman and Deni Avdija, extended the lead with excellent corporation on its way to 56:39. Caloiaro's three straight free throws made it a 20 point game, but a Thomas three that beat the buzzer made it 59:42, going into the final 10 minutes.

In the 4th quarter, Giannis Sfairopoulos's squad retained the significant advantage but took their foot off the pedal, letting Zenit cut down the lead from 12 to 6 that included a late 8:0 run in the final minute. However, Zenit ran out of time as the Yellow & Blue recorded their 4th straight EuroLeague win, 82:71.