Maccabi Tel Aviv's youth team led by Oren Aharoni won a prestigious Croatian tournament with a huge 106-51 victory over a strong Split team. Ido Fleisher, who was named tournament MVP, and Yovel Zoosman, top shooter of the tournament, along with Amit Abu were named to the tournament starting five.
In the semi-final, the yellows earned an impressive 95-76 win over Cedevita Zagreb, and in the earlier games defeated KK Zagreb 124-65 and Drnis 100-55. 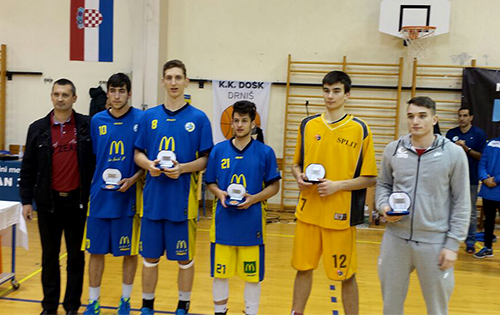