"We'll learn how to win these type of games"

Coach Giannis Sfairopolous analyzed the Winner Cup finals against Hapoel Jerusalem and explained: "This is just the beginning."Elijah Bryant: "My performance doesn't matter if we don't win"

Maccabi Fox Tel Aviv finished their pre-season preparations in a bitter taste, losing 83:84 to Hapoel Jerusalem in the Winner Cup finals. The Yellow & Blue came back from an 11 point deficit, but the Reds in a nerve-racking ending got the W.

Now, Giannis Sfairopoulos squad will focus on their next game, going on the road to face Khimki Moscow Thursday night in the EuroLeague season opener.

"We didn't start the game well, we had no concentration, as for Jerusalem, they came determined right out of the gate", analyzed coach Giannis Sfairopoulos. "In the last 5 minutes of the first half, we started playing better basketball, scoring easy points as we tied the game. In the second half, it felt like a derby game, both teams fought". 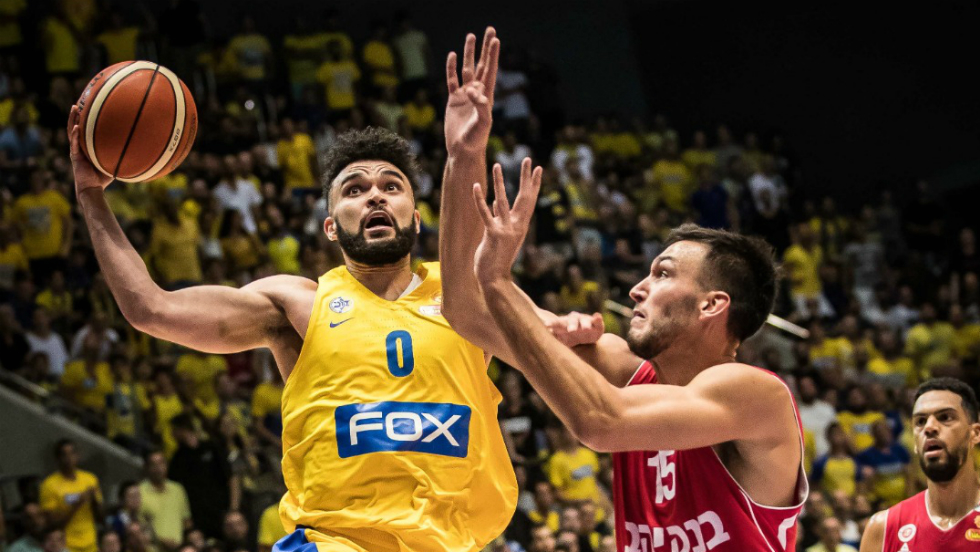 "In my opinion, the critical part was when we led by 7, that is when we let them score easy points," said Sfairopolous. "We lost concentration on defense, and it hurt us. They came back, and in the final minutes, the game was decided by small details. This is just the beginning of the season, and I want to congratulate Jerusalem for the victory. We need to learn from this game, understand how to win close games".

"We started slow. I had a couple of turnovers, and we didn't open the game well as it became a different game than planned." Said Elijah Bryant, that led Maccabi scorers with 18 points. "Jerusalem deserves credit, they played great. I think my performance doesn't matter if you don't win, we all think that way".