"We never gave up, we fought until the end "

Coach Giannis Sfairopoulos, after the 83:89 defeat to Khimki Moscow: "We didn't start the game good because we were anxious and stressed". Black: "I'm very optimistic about the future of this team"

Maccabi Fox Tel Aviv opened the 2019/2020 EuroLeague season with an 83:89 loss to Khimki Moscow in Russia. The home team led by 17 during the third quarter, but Giannis Sfairopoulos decided to change the lineup and play with two big men and two forwards. It paid off with a great defensive showing in the final quarter, as the Yellow & Blue came back and almost turned the game around.

Tarik Black led Maccabi with 17 points, dominating the paint. Omri Casspi (13 & 6 rebounds), Othello Hunter (11 & 8) and Quincy Acy (14 & 8) had efficient minutes on the court, as for Yovel Zoosman and Deni Avdija that contributed on the defensive side of the ball.

Giannis Sfairopoulos analyzed the season opener at the press conference: "We didn't start the game good because we were anxious and stressed to go to the rim. Offensively, although we scored 40 points in the first half, we missed a lot of layups and fastbreak points. Defensively, we allowed too many easy baskets, lost our concentration, and gave up completely open shots as Khimki scored 48 points".

"During the second half and close to the end of the third quarter, we came back to a 4 point difference, but then after a Khimki timeout, we lost our concentration again, and allowed our opponents to go on an 11:0 run, as they went up by 17, their biggest lead of the night. In the end, we tried to come back to the game, and we succeeded because we cut the lead all the way down to a 5 point game. We had some open shots, and on the other side, we missed rebounds, and let them score easy baskets. One part of the game I liked was that we never gave up even we when were down by 17, we fought until the end". 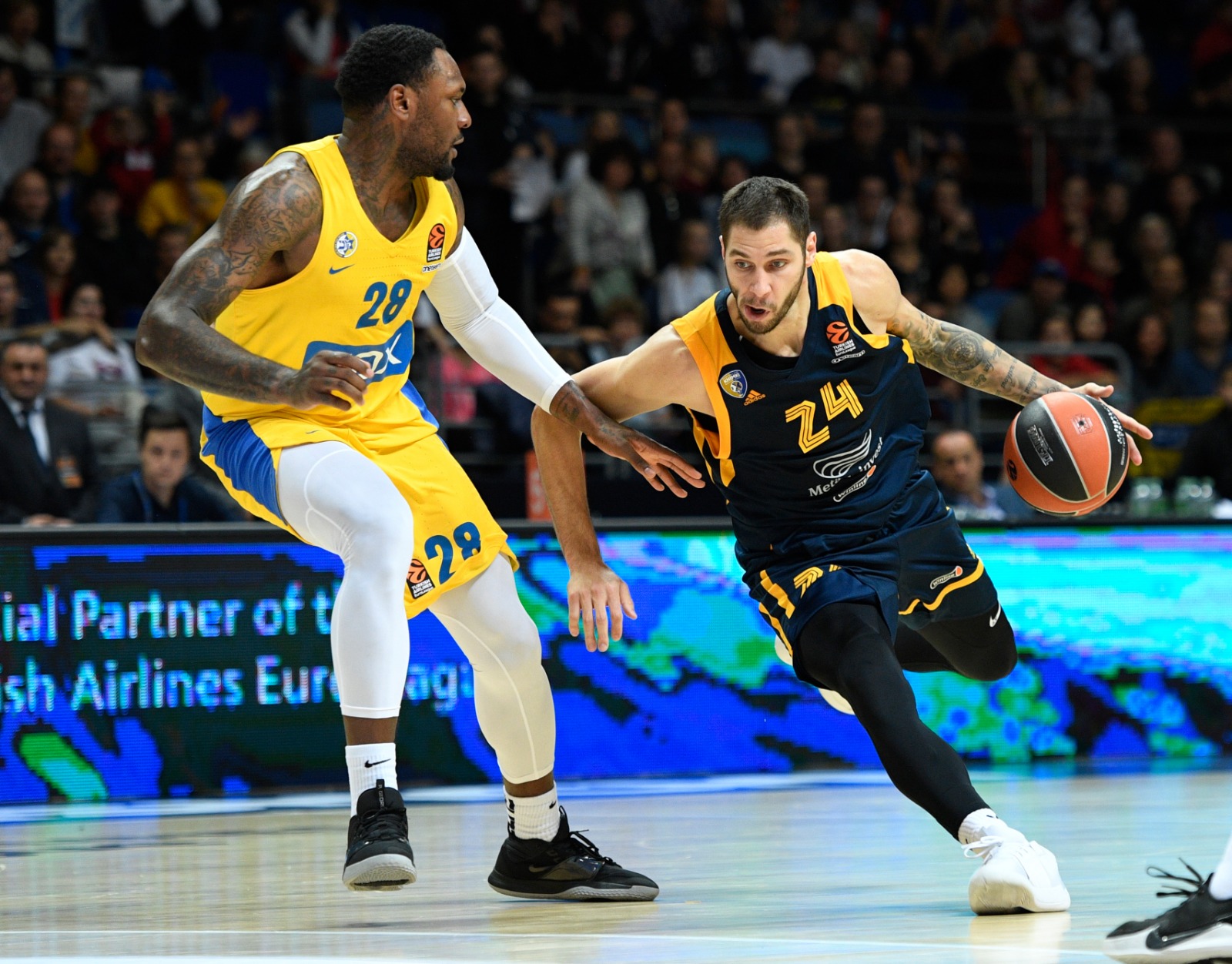 "I think Khimki won the game because they played better in more minutes of the game. On our side, we need to improve our game, learn from it, and from now on, perform better. I want to congratulate Khimki for the win and wish them the best of luck".

"It was a tough game, a hard-fought one, and I'm really proud of all of the guys for how they battled and fought until the end", Said Tarik Black that finished as Maccabi's top scorer with 17 points. "We have a lot of things we can clean up, little things to do better defensively and offensively. We know we are going to get there, we will figure it out, and I'm very optimistic about the future of this team because we can be really good, I see a lot of potential in us. Now it's about the work ethic to fulfill it, and I'm moving forward in optimism. We will stay together, stick as a unit, be a brotherhood, and improve together".