"It's a great win, our biggest win so far this season"

The Yellow & Blue celebrated the big win over CSKA. Sfairopoulos: "What the players did tonight is very important for us. Our players gave their hearts, soul for Maccabi"

Without Casspi, Black, Wolters, and DiBartolomeo, Maccabi Fox Tel Aviv overcame the injuries to beat the European champions, CSKA Moscow 90:80. With the win, the Yellow & Blue stated that at home there is no messing around. Scottie Wilbekin continued his incredible form with 22 points and a career-high 9 assists, alongside ex CSKA, Othello Hunter who ended his night with a career-best 20 points, and 7 rebounds.

"It's a great win, our biggest win so far this season", Said coach Giannis Sfairopoulos at the post-game press conference. "It's not only because we beat the EuroLeague titleholder, but because we won a great team having so many injuries. Our players gave their hearts, soul for Maccabi, and for that, they deserve all the credit. What they did tonight is very important for us. Sometimes one game can show what you can do, and I think tonight playing like this against a team with such quality is a statement".

"I think in the second half, we established our game with determination, selflessness, and big effort", Explained Sfairopoulos about the team's adjustment at halftime. "At halftime, I told the players I still believed they could win the game, and they had to have that belief. We used switching defense, and we didn't allow Mike James to take shots, bringing a second player on him and then rotating onto the others". 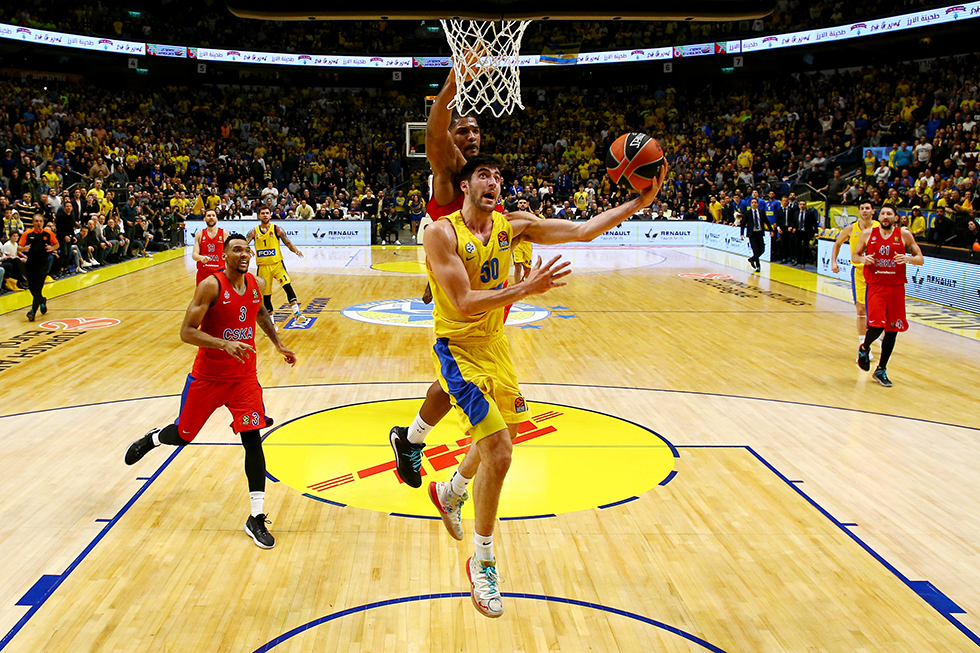 "I want to congratulate our fans, tonight was the most powerful support we've had during my career here", Concluded Maccabi's coach. "They were pushing and forcing the players to play harder with their voice, giving maximum support, and I want to thank and congratulate the fans".

"We are all really proud of ourselves, not just because we won the game win but because we did it with a limited group", Said Scottie Wilbekin after the fantastic contest. "I don't think many teams in Europe can miss many key guys and find a way to get the win".

"The staff helps me, it wasn't as bad as the other games", Told Wilbekin about his physical condition during the game. "I just have to get used to playing more minutes and having more responsibilities with the two-point guards out".