"We will continue and learn from this loss"

The Yellow & Blue summarized the game against Munich. Jackson: "I've been on a lot of experienced teams, and you need losses like this. It's better now than at the end of the road"

After three straight EuroLeague wins, Maccabi Fox Tel Aviv snap the streak after dropping a road loss to Bayern Munich, 68:80, as part of Round 21. Elijah Bryant led Maccabi scorers with 14 points, Aaron Jackson had his best game in his short tenure scoring 11 points and dishing 6 assists. The Yellow & Blue head back home to Menorah Mivtachim Arena as they'll face up against Hapoel in the Tel Avivian derby (Sunday) and four days later will host Real Madrid (Thursday).

"I want to congratulate Bayern for the win, they played much better throughout the game, and they deserve the win". Said head coach Giannis Sfairopoulos at the post-game press conference. "It was a tough game, we weren't concentrated and very late defensively. We need to learn from this loss, we will continue from here and play much better in the next games". 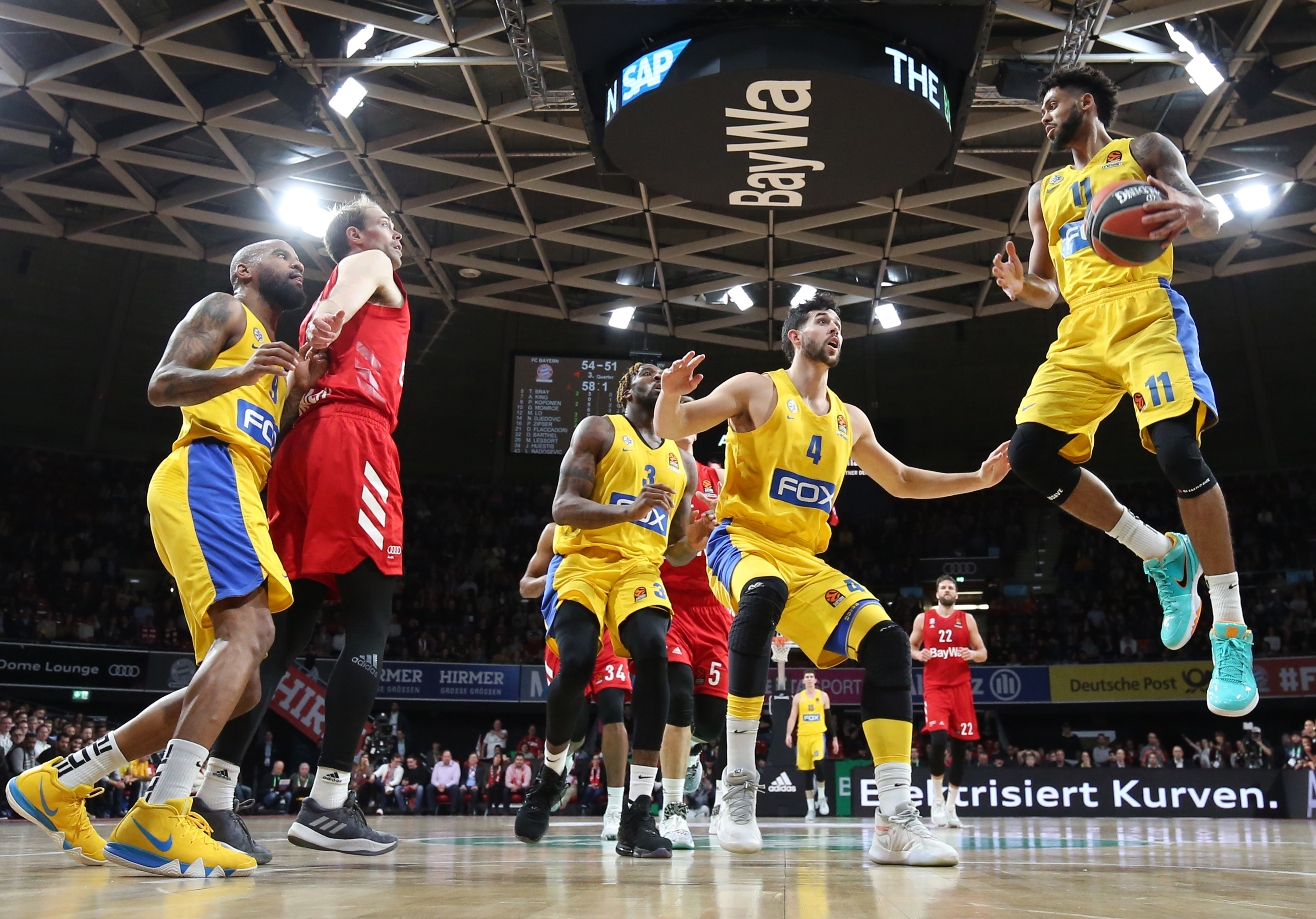 "It was a tough game. We started out flat, they got easy buckets at the start of the game, and we gave them the rhythm", Summarized Aaron Jackson, what started off wrong. "We fought hard in the second quarter, and in the second half, we tried to play as hard as we could, but we couldn't catch up".

"We allowed an important one to get away from us, however, its time to get ready for the domestic league on Sunday", Added Jackson. "We can learn from this game, I've been on a lot of experienced teams, and you need losses like this. It's better losing now than at the end of the road".

Elijah Bryant, who finished as Maccabi's top scorer with 14 points said after the game: "We started off slow, talking to the refs too much tonight, and we weren't mentally prepared like we should have been. It's one game, a little bit of diversity, and we will find a way to snap back".