"We never gave up, we earned this win"

The Yellow & Blue summarized the dramatic victory over Olympiacos. Sfairopoulos: "Scottie shows he has a big personality to be the leader and to grow even more as a player, he deserves the credit."

Four of the last five home games against Olympiacos were determined by one point, and the past two ended in the same fashion: a winner shot by Scottie Wilbekin. The guard scored 14 of Maccabi's last 24 points, which included a clutch three in the final seconds that capped the comeback. With the 71:70 win over the Reds, the Yellow & Blue opened a one-game lead over CSKA Moscow for home-field advantage in the playoffs.

"I want to congratulate our players, they fought until the end for one more win. The way we got this victory was more important than anything because we never gave up, fought until the end, believed that we could win, and this is the reason we earned the win", Said head coach Giannis Sfairopoulos about his squad. "With the back to the wall, the players played very well defensively in the final three or four minutes, as we made the best decisions on both sides of the court".

"In the crucial moments of a game, the personality of the players decides the outcome, and tonight we saw them perform on the court, especially Scottie, this win belongs to them", Praised Sfairopoulos regarding his players and added about Wilbekin. "He is more mature, more ready to take responsibility and leadership roles than last season. He shows he has a big personality to be the leader and to grow even more as a player, he deserves the credit". 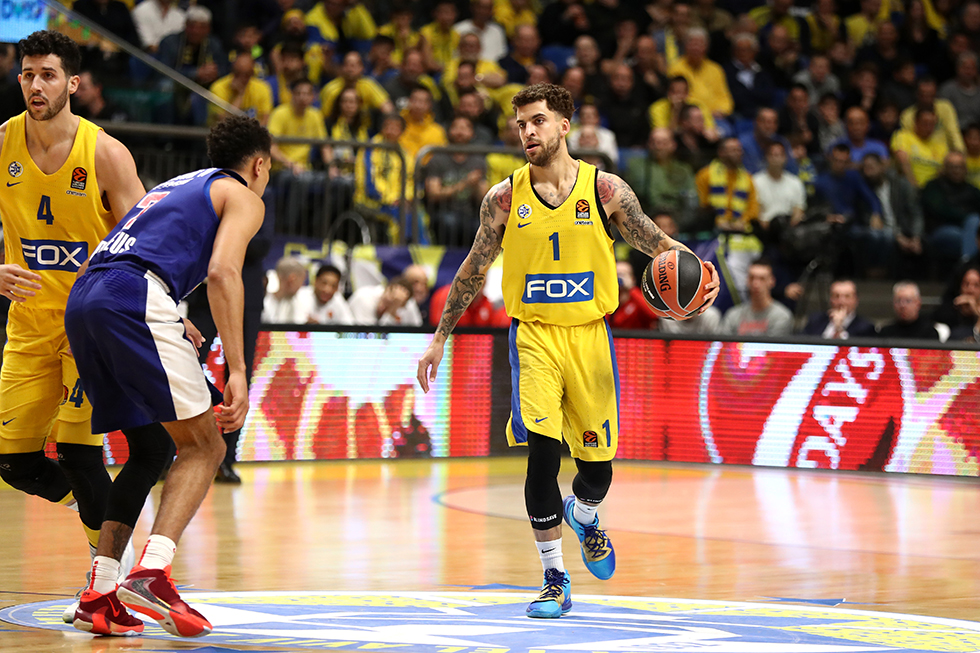 "Giannis brings me to the top of my game, We have confidence in one another. I believe in his coaching strategy, we have a great connection", Told Scottie Wilbekin to reporters after finishing the night with 21 points."Tyler [Dorsey] did a great job of drawing my man, and at the end of the day, it was just an open three. I am used to those. We played an excellent first half, the second half they came out more energetic, and we let our guard down a little bit. But the important thing is the win."

"We had guys coming back like Zoosman and Quincy [Acy], and we wanted them to have their win when they come back", Said Othello Hunter after the win. "We kept fighting even though we were down, it didn't look like we had it, but we believed we could do it."