On the Split-Tel Aviv route

From the first final, through Munich, the signing of Vujcic to the addition of Zizic. Croatian journalist Tomislav Gabelic in a guest column about fans, love and the things you see from there

28/08/2020  |  From: Tomislav Gabelic, 24sata
HOME · News · On the Split-Tel Aviv route
I am sure that there is a secret connection between basketball Split and Tel Aviv, a connection that has lasted for almost 50 years. Basketball fans in Israel may not know, but the Split basketball players, then under the name Jugoplastika, played their first Champions Cup final in Tel Aviv, against Italian Ignis Varese. It was the first great generation led by Rato Tvrdic, Mihajlo Manovic, Damir Solman, Zdenko Prug and Petar Skansi, who returned to Split inconsolable due to the defeat of only one point, due to the referee's oversight.

And it took almost twenty years for the Split basketball players to return to the finals with the best teams of the Old Continent. The Final Four in Munich in 1989 brought the first of three consecutive celebrations of Jugoplastika, which was unofficially named the best European team of the 20th century. And it was the 'pride of Israel' Maccabi the first and toughest opponent to be beaten 75:69 by Jugoplastika's basketball players and climbed to the roof of Europe. It was a rehearsal of 'hardened warriors' Kevin Mage, Ken Barlow, Doron Jamchi, LaVon Mercer..., led by Zvi Sherf, against 'youngsters' Toni Kukoc, Dino Radja, Goran Sobin, Velimir Perasovic ..., led by Bozidar Maljkovic.

New connections on the route Split-Tel Aviv started after ten years, when one of the biggest players of both clubs and one of the biggest European centers in history, Nikola Vujcic, moved from Split to Maccabi. I have known Nikola for over 25 years and from today's perspective I can freely say that Maccabi fans are the biggest reason that Nikola never played in the NBA. Altough he could! 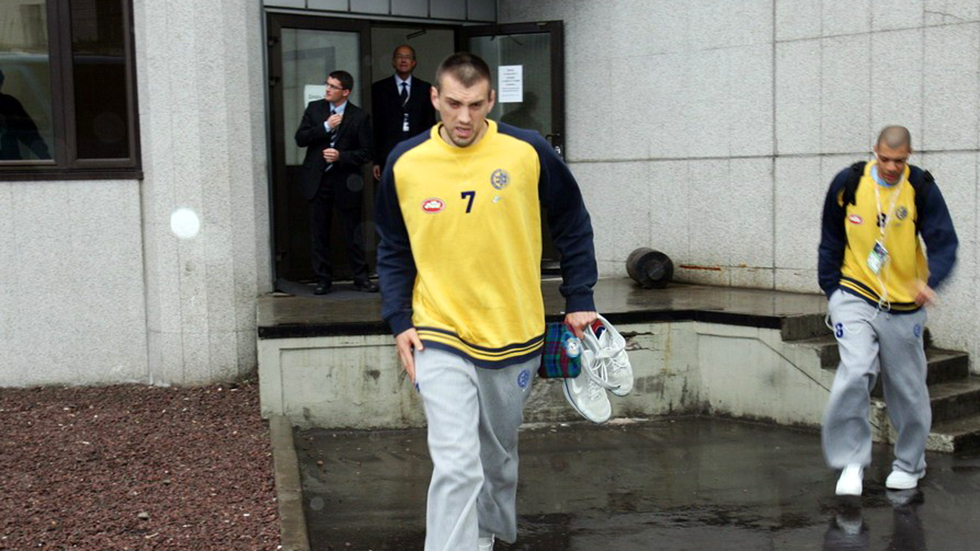 20 years ago, Nikola was what another Nikola is today, Nikola Jokic, a center that responds to the strength and aggressiveness of American centers with its technique and basketball knowledge. But at a time when Nikola was about to make the decision to stay at Maccabi, or go to the NBA, and he wasn’t entirely sure, it was decided by the love of Maccabi fans who gave him a sense of security, as if he were at home. And indeed, all these years Tel Aviv has been Nikola's home.

I felt that love at it's best during the 2008 Final Four in Madrid, when the ‘pride of Israel’ lost in the final to CSKA. On the eve of the final, while I was taking photos and recording statements on the court, Maccabi fans asked me where I was from and who I was cheering for. And when they heard that I was coming from Split, they enthusiastically gave me a Maccabi T-shirt and scarf. Nikola Vujcic showed me a rare privilege and invited me to the locker room after the final. Of course, he had to confirm several times that I was going with him, because the security did not let me in. But in the end I came in, and as a souvenir of that event, Nikola gave me his jersey.

I have about 1,000 jerseys in my collection, but this one is one of my favorites because it has a special story. When I left the lockeroom on my way to the hotel, I met the same fans again, who saw a yellow jersey in the bag and asked me what it was. I showed them Nikola's jersey, still damp with sweat, and they immediately offered me a 'hefty sum euros' to sell it to them. Of course, that was out of the question, a gift is a gift after all, and they understood, but, they took the opportunity and took photo with the jersey. A couple of years after the final in Madrid, Nikola sent me a message with a photo of him with a few Maccabi fans, and a question if I know who they are. Of course, I had no idea who it was, so he sent me another photo, it was a photo of a fan with his jersey from Madrid!? I could not believe, It was those same fans who told him the whole story. 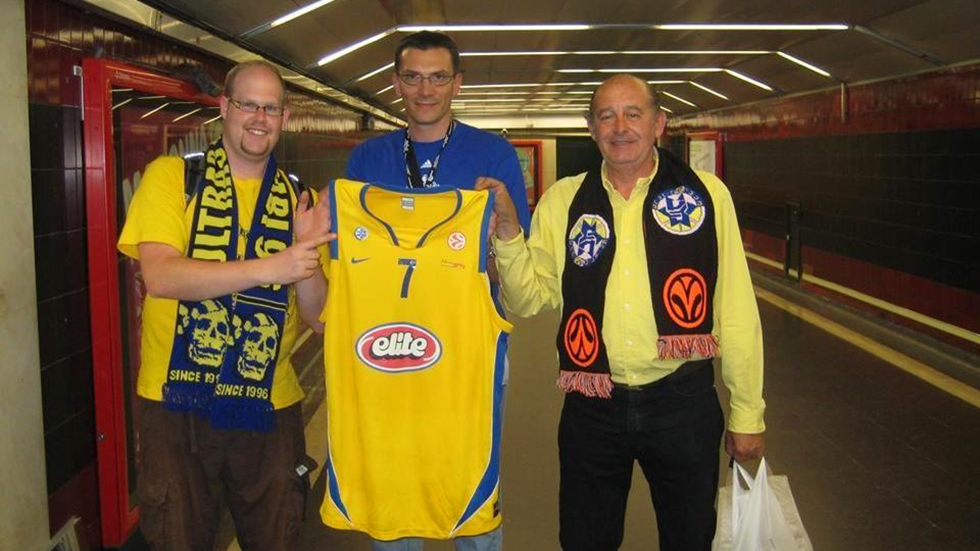 The love of Maccabi fans for basketball and players wearing yellow jerseys is boundless and worthy of all admiration, just as the great love of Jugoplastika\Split fans for their club, which, accidentally or not, wears a jersey of the same yellow color. And that is the link between basketball Split and Tel Aviv, as well as the link is numerous players who later set out on Nikola's path, such as Andrija Zizic, Bruno Sundov, Dragan Bender and finally, the youngest of them - Ante Zizic.

Unfortunately, the Split basketball club is no longer as powerful as it once was, and young and talented players are going abroad very quickly, before leaving a deeper mark on the club. So, Ante did not leave a deeper mark in the yellow jersey of Split, but we hope that he will do it in the yellow jersey of Maccabi. According to its characteristics and potential, Ante is a prototype of a young and modern center that can play in different systems and can contribute the team in different ways, baskets, jumps, blocks.

And there is no doubt that Maccabi fans will adore him, just like Nikola. A few days ago, he revealed to me that the love of the fans was one of the reasons why he decided to accept Maccabi's offer. "I was called by the sports director and coach, but also by many fans, who flooded my cell phone with messages as soon as the news came out that I was negotiating to move to Maccabi" Zizic told me. Nikola Vujcic gained 'status of God' among Maccabi fans with his games, but also with the skill of the sports director, let's hope that Ante will earn at least a part of Nikola's fame. 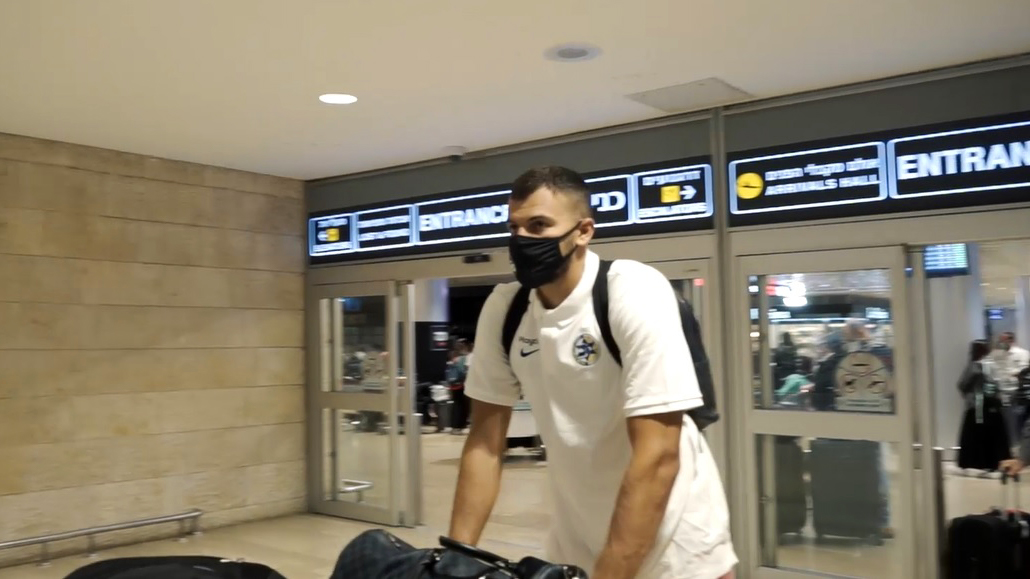