"Now is the moment to turn it around"

The Yellow & Blue summarized the win over Nahariya. Sfairopoulos: "We did a very good job to win the game". Bryant: "I go in the game with what the coaches need me to do"

Maccabi Playtika Tel Aviv outplayed Ironi Nahariya 98:81, improving their record in the Israeli Winner League up to 4:0. The game was tight throughout the first three quarters, but in crunch time, Giannis Sfairopoulos's squad ramped a gear closing out the game with a 21:4 run as part of a 33 point 4th quarter.

Elijah Bryant led the Yellow & Blue squad scoring 25 points, converting 90% of his shots from the field (!). Othello Hunter dominated and added 19 points (one three-pointer) and eight rebounds as Oz Blayzer contributed 13 points and a lot of fighting spirit.

"Our defense was really good in the second half, and at the beginning of the game, we were concentrated", Said head coach Giannis Sfairopoulos after the win. "We only allowed 36 points in the second half, and we tightened it up, especially in the fourth, allowing 16 while scoring 33. We had good rhythm on the offensive end, playing smart, which led to 53 points, and I think as the game continued, we did a very good job to win the game". 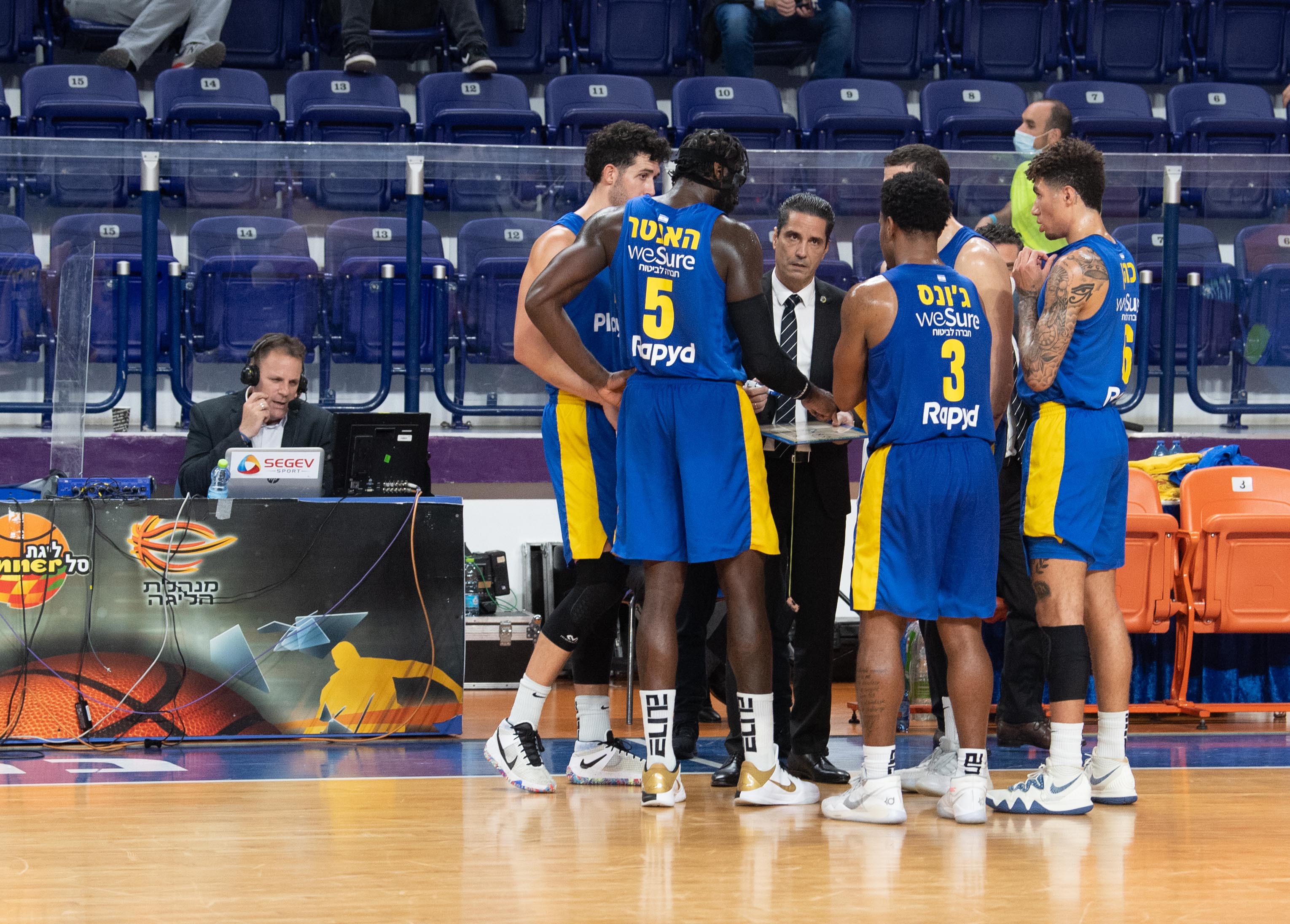 "Scoring 53 points means we shot the ball really good, and I was delighted how we attacked their weak spots, which led to points inside and outside", Added Sfairopoulos, who spoke about the next game against Crvena Zvezda Belgrade. "A win on Thursday is significant. After the game against Madrid, we showed up differently, although we lost. Now is the moment to turn it around".

"I'll have good days and I bad days, I don't look at the percentages. I continue to work every single day and then go from there. I'm a lohem (fighter in Hebrew)", Told Elijah Bryant to reporters after his remarkable performance. "I've been trying to focus on what the defense gives me, focusing on taking the best shots available not just for me but for my teammates as well".

"I go in the game with what the coaches need me to do. If they need me as a defensive stopper that night, that's what I'd do, if I need to be more on attack mode, that's what I'll do. Every night will be someone else's night, that's what's good about this team, so I think I'm more focused on us getting the win than me scoring 30 points. If we get a win and I have zero points, then I'm happy".