The Israeli forward (26, 2.06 meters), who has played so far this season in the Italian league and wore the Holon uniform for 3 years, attached until the end of the current season with an option for another year

24/01/2021
HOME · News · Maccabi Playtika Tel Aviv signed TJ Cline
Maccabi Playtika Tel Aviv has signed TJ Cline (26 years old, 2.06 meters high) until the end of the current season with an option for next year. The Israeli forward, a member of the National team roster, has played with Brescia in Eurocup and the top level Italian league since the start of the season. He will now join Giannis Sfairopouloss as another option for positions 3, 4 and 5.

TJ Cline took part in 13 league games this season in the Brescia uniform in which he scored 11.6 points, picked up 4.4 rebounds and delivered 2.4 assists (12 PIR) in an average of 22 minutes per evening. In the EuroCup he contributed 10.4 points, 4.7 rebounds and 1.4 assists. Cline is a tall player who knows how to handle the ball and also poses a threat from downtown.

"I want to thank the owners and the management for the signing of TJ Cline", coach Giannis Sfairopoulos told maccabi.co.il. "He is a player that with his energy and his efforts is coming to help the team to compete harder and trying to succeed in our goals. TJ knows the Israeli league and he is in his best age to make the next step to his career".

“I’m excited to join such historic club", said TJ Cline after signing the contract. "I am aware of the rich tradition and can’t wait to help add to that, hopefully in front of the great maccabi Fan base”. 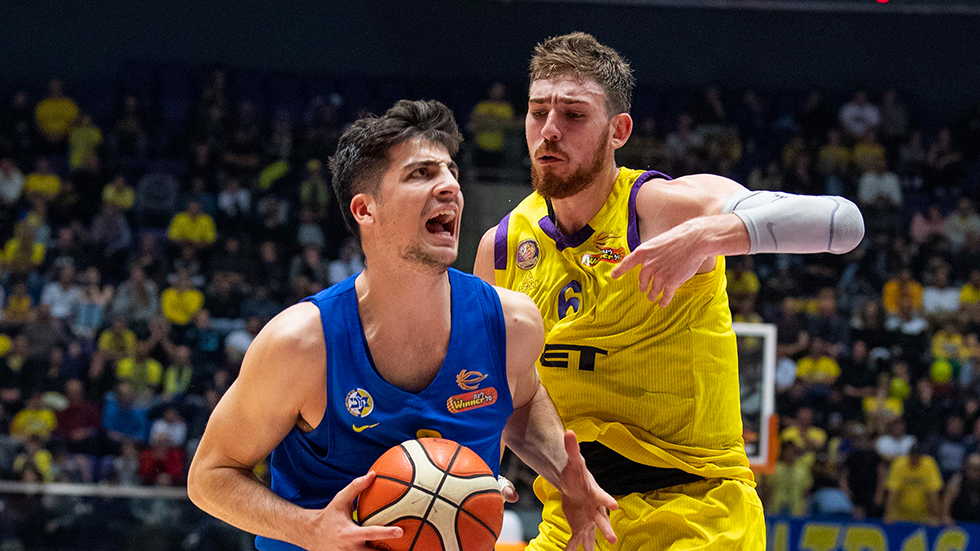 Last season, Cline played in 21 games of the regular season in the Israeli Premier League with Hapoel Holon. He was one of the most prominent Israelis in the league and averaged 12.9 points (39% from 3pt), 6.4 rebounds and 3.1 assists (16 PIR) in just over 29 minutes per evening. In the FIBA ??Champions League he provided 10.1 points, 5.4 rebounds and 3.1 assists per game.

Timothy Joseph Cline grew up in an athletic family and is the son of Tim Cline and former United States basketball player, coach and broadcaster Nancy Lieberman, the Hall of Fame member and the first woman to coach a professional men's basketball team in America. In college he played for Niagara and Richmond, before crossing the ocean to Europe and signing for Glatasaray in the summer of 2017.