"It was a heroic win, I'm very proud how we never gave up and fought for this win"

The Yellow & Blue celebrated the comeback victory and the clinch to the State Cup Final. Blayzer: "My goal is to win titles, that's why I came here, and I will do anything needed from me"

Maccabi Playtika Tel Aviv demonstrated a heart of a champion effort on Thursday night, clawing back from a deep hole midway through the fourth quarter to come up with an 87:85 overtime win over Hapoel Holon in the State Cup Semi-Finals. The Yellow & Blue advance to their first State Cup Final in three years as they are scheduled to face Maccabi Rishon Le'Zion that beat Hapoel Jerusalem in the opposing Semi-Finals.

Giannis Sfairopoulos's squad began the game well, going to Zizic inside, but Holon responded and took over till midway through the fourth quarter. At that moment, Maccabi proved what they are made of, returning with tremendous intensity.

"We fought and didn't give up when the game wasn't going well, we pressed full court and gave a huge effort, forcing them to make turnovers", Said head coach Giannis Sfairopoulos what led to the incredible comeback. "It was a heroic win, and I want to congratulate my players as I'm very proud of how we played, didn't give up, and fought for this win". 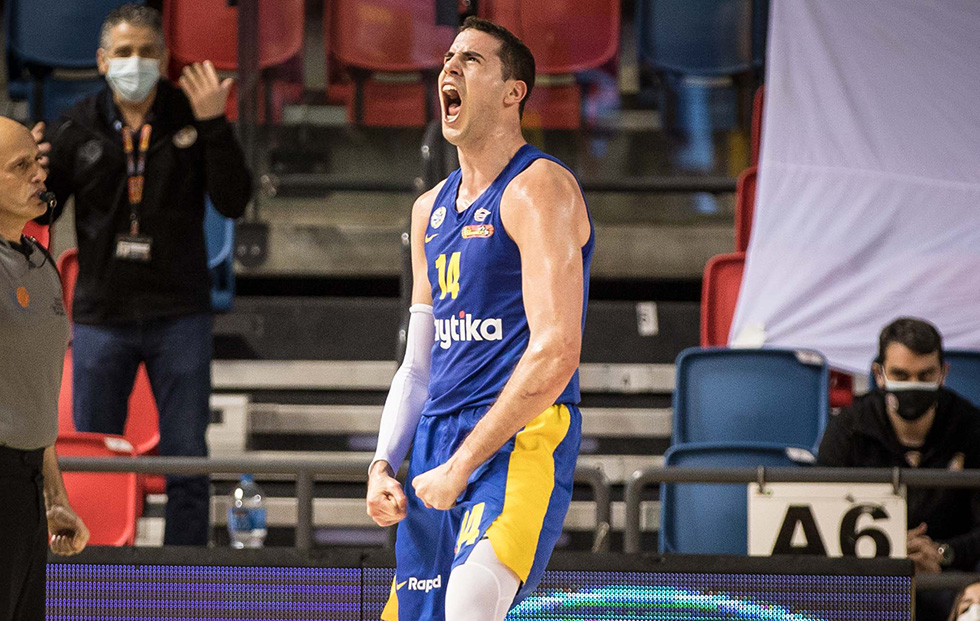 About the Israel forward's performance: "Oz is a fighter, he has the quality and the heart to play in big games".

Oz Blayzer, who finished the night with 19 points, added on emotions during the game: "Maybe from the outside, we may have looked crushed, but no matter the margin, we kept on trying. We lowered our pressure level, played our basketball, got into a groove, and the buckets started to fall. My goal is to win titles, that's why I came here, and I will do anything needed from me. We have a mission in the finals, it won't be an easy game, and hopefully, fans will be allowed. I have only one goal in front of me".