Nadav Henefeld, also known as the minister of defense, began his professional career in 1988 where he played for Hapoel Galil Elyon for two seasons before he committed to the University of Connecticut.

As a member of the UCONN Huskies Nadav established himself as an elite defender's in the NCAA – till this day his freshman record-breaking 138 steals ranks him at number 6 of the all-time leaders in steals made in a single season. His record breaking 1989/90 season didn't go unnoticed as he received the rookie of the year award with the Huskies having an amazing season winning the Big East Tournament.

After two season with the Huskies, Henefeld returned to Israel and it didn't take long for him to find a home with the crew in yellow and blue – where he played for the next 12 seasons being a key player and an elite defensive stopper.

The Minister of D, who was also nicknamed "The Dove" won 11 championships, 7 state cups and 1 European champion after which he decided to "call it a day" as he retired from basketball.

Henefeld's tremendous defensive IQ alongside his great attributes made him a beloved teammate and an instant fan-favorite, the defensive oriented power forward was like no other to an extent that any coach, team or franchise would be lucky to have. 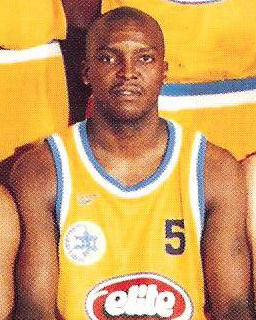