Center
Born:
28/05/1986
Season:
Nation:
USA
Height:
2.03
Pos:
Center
In 36 games played in the Euroleague last season, Hunter scored 7.7 points and averaged 4.3 rebounds per game, while the VTB provided 9.5 points per game. While the Forward Center is a very familiar figure in European basketball, there are some interesting details about him that not everyone knows. For example, he was a football player up to age 17 in the role of Wide Receiver. Another detail is that his full name is Tegba Othello Hunter Junior and his parents are native Liberians who came to the United States in 1980.

In the 2008/9 season Othello Hunter played for the Atlanta Hawks of the NBA. The following season also began in Atlanta, before moving to play in Greece. Later he also played in Italy, Ukraine, Spain and China. In the season of 2013/14, which ended as best as Maccabi Tel Aviv could with Treble, Hunter played in Siena.

In the seasons of 2014/15 and 2015/16 he played in Olympiakos under Giannis Sfairopoulos and together they won the Greek League championship. In addition, in the season of 2014/15 this cooperation spawned the Euroleague final, where Olympiacos was stopped by Real Madrid. In the final, Hunter scored 10 points and grabbed 7 rebounds.

In the 2017/18 season, Othello Hunter wore the Real Madrid uniform and, as mentioned above, played for the CSKA Moscow in the last two seasons in the last season against Maccabi, where CSKA won 89:86 at the Menorah Mivtachim Arena. He scored 10 points in 14 minutes . In Maccabi's 93:76 victory in Moscow he played 26 minutes, scored 12 points and grabbed 9 rebounds.

In the last Euroleague final against Anadolu Efes, Hunter was in the starting line-up, scored 7 points and grabbed 5 rebounds in 17 minutes. In semi-final against Real Madrid he started as well, scored 8 points and took 5 rebounds in 21 minutes on the parquet. Apart from the Euroleague Championship last season, Hunter also won twice the VTB Championship last season and the one before. He won the Spanish King's Cup in 2017 and as stated won the Greek league championship in 2015 (with Sfairopoulos). 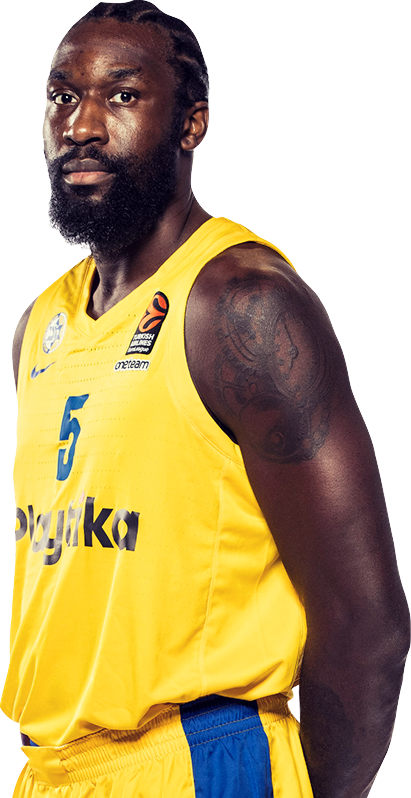