Forward
Born:
29/12/1992
Season:
1st
Nation:
Israel
Height:
1.99
Pos:
Forward
Oz Blayzer, born in December 1992, is considered a strong and experienced forward who knows how to handle the ball and also score beyond the arc (43% and 41% from 3pt respectively in the last two seasons in the playoffs). He knows most of the current roster well and played with some of the players in the Israeli national team.

During the last season, Blayzer played with Rishon LeZion five times against Maccabi. In the first round in the city of wine he scored 11 points, in the second in our arena he finished with 11, in the third he provided 16 and 8 rebounds and in the fourth 11 and 5 rebounds. In the last final four final Blayzer scored 13 Points (3 of 5 from three) in 25 minutes of play.

Blazer grew up in Kfar Tavor (northern Israel) and grew up in the youth department of Hapoel Gilboa\Maayanot. In 2011 he was added to the senior team of Hapoel Afula. He then moved to Bnei Herzliya and was selected as the season revelation in 2013/14. After another season at the HaYovel Hall he moved to Maccabi Haifa, played three seasons in the green uniform and then moved to Rishon LeZion in the summer of 2018.

In the last playoff in the league, Blayzer was ranked 10th among the Israelis in the efficiency index, seventh in the 3pt percentage, 11 in rebounds and 11 in the plus-minus index. In the Rishon LeZion uniform in the EuroCup, he took part in ten games, started in five of them and provided 5.3 points and 4.1 rebounds in 21 minutes per game. His highlight game was against Ulm with 15 points, 7 rebounds and 20 Eff. 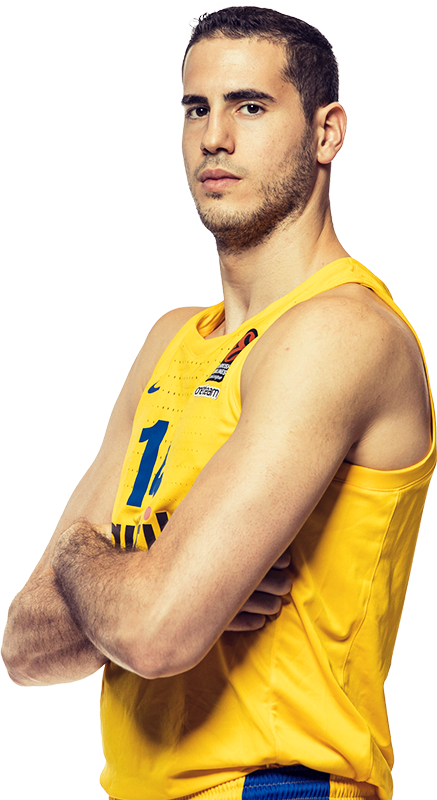