Forward
Born:
28/07/1989
Season:
Nation:
USA
Height:
2.03
Pos:
Forward
Angelo Dominik Caloiaro, an Italian citizen, is a native of San Jose, California, who studied at the university of San Francisco. He was not drafted in 2012 and started his professional career in Brilski of the Bulgarian League. Afterward, he moved to the German Mitteldeutscher and continued to Telekom Bonn, and also played in the Eurocup.

His term in Maccabi started with him playing the number four position, but after Giannis Sfairopoulos' introduction, Caloiaro was moved to the small forward position. During the regular season in the league he scored 5.8 points and grabbed 3.6 rebounds in 17.5 minutes on the floor, on the way to winning the championship. In the Euroleague he played 24:47 per evening, scored 7.4 points, took 4.8 rebounds and grabbed 1.2 rebs per game. 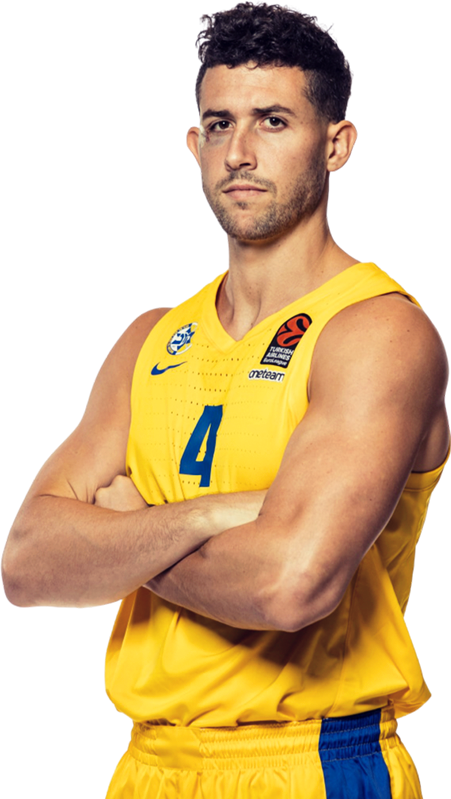