While the series stands at 1:1 after the first two games, Maccabi will host Hapoel as the winner will extend their season and advance to the Final Four. Scottie Wilbekin will not be able to play

Maccabi FOX Tel Aviv will host Hapoel Tel Aviv on Thursday for the deciding Game 3 of the Israeli "Winner" League quarterfinals (21:00, Live on Sport5 - channel 55). The winner of the showdown will clinch their ticket to the Final Four and compete for the domestic league title.

The Yellow & Blue ruled out Yovel Zoosman after the guard partially tore his hamstring in Game 2. Scottie Wilbekin will not be able to play after he was sent off in game 2. Quincy Acy's participation is in doubt, and he will be a game-time decision. Giannis Sfairopoulos's squad is aware of the importance of the game. In the closing practice before the game, the players showed high intensity and faith in their chances of winning the series.

In Game 1, Maccabi erased a 15 point deficit to overcome Hapoel 67:66. In Game 2, The Yellow & Blue suffered a significant wound to their roster with Scottie Wilbekin's ejection and Yovel Zoosman's injury, which led the Reds to tie it up 1:1 with an 82:72 home victory. This was Hapoel's first derby win in a playoff series since 1991/2.

Throughout the years, the teams have met 50 times during the postseason, Maccabi won 42 of them. As the hosts, the Yellow & Blue hold a 29:2 home record with a +489 point differential.

Maccabi secure their spot in the Final Four after an 83:68 win over Hapoel

The reigning champions advance after a hard-fought series against Hapoel in the Israeli "Winner" League quarterfinals. Dorsey led the way with 26 points, Avdija added 22 points. Sunday: Semi-Finals against Gilboa/Galil

Maccabi FOX Tel Aviv came into Game 3 of the Israeli "Winner" League quarterfinals against Hapoel Tel Aviv in a tight spot playing without Scottie Wilbekin (ejected), Yovel Zoosman, Quincy Acy and Elijah Bryant who were out due to injuries.

The Yellow & Blue took an early double-digit advantage, the Reds completed their comeback, but the Israeli champions pushed on all of the right buttons passing by Hapoel, 83:68, and a 2:1 series win. After clinching to the Final Four, Maccabi will meet Hapoel Gilboa/Galil on Sunday for a ticket to the finals. 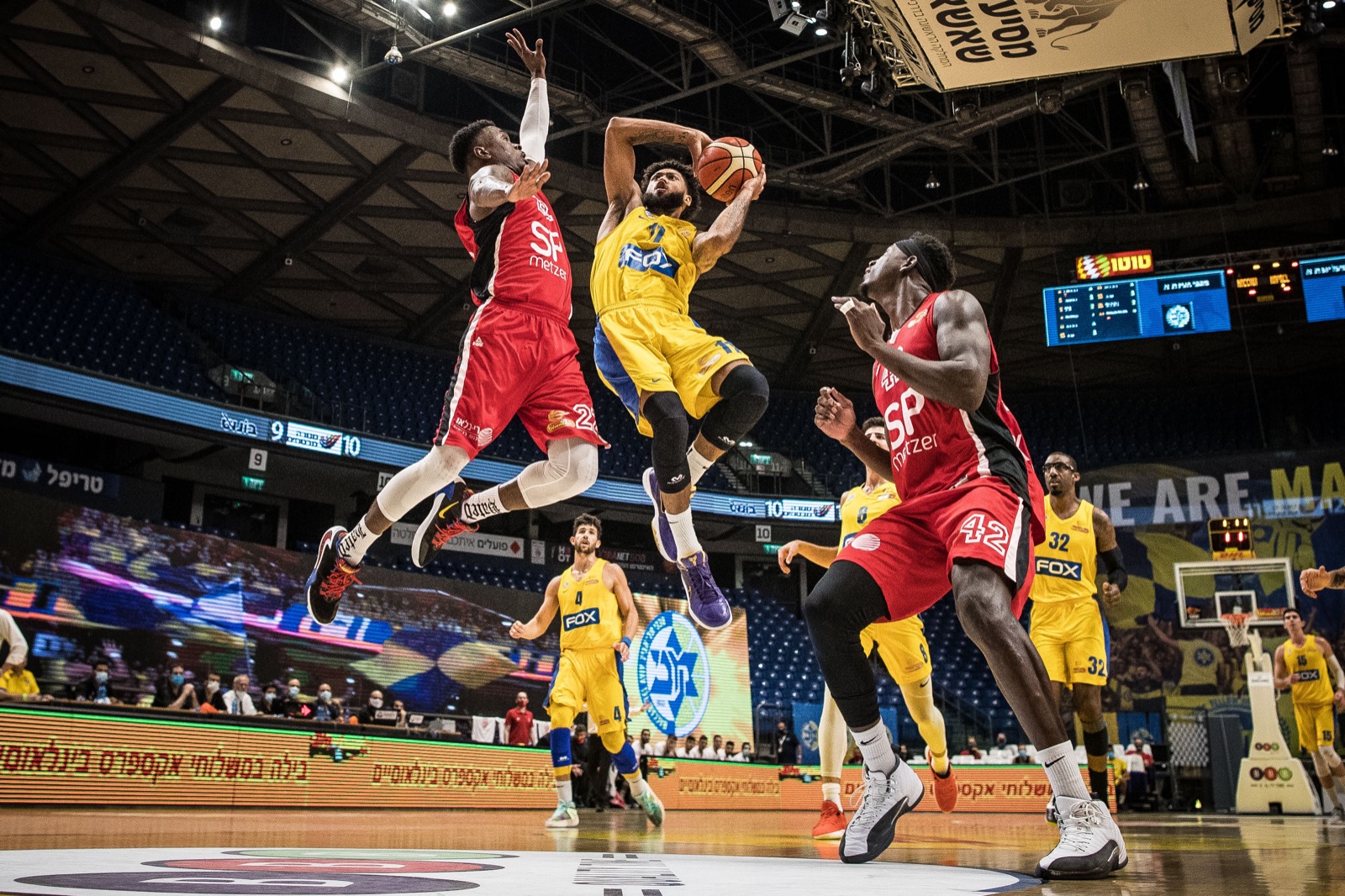 Caloiaro hit in two from the line, Dorsey knocked in a three and Avdija completed a quick 7:0 Yellow & Blue start. Zanna scored the visitor's first points of the night, as Madar and Henry reduced the advantage down to 1. Dorsey and Avdija shifted the momentum scoring all of Maccabi's points as part of a 13:1 stretch, 22:9.

Henry and Karam Mashour answered with shots from deep, but Amar'e Stoudemire and Caloiaro were accurate from the free-throw line, giving the hosts a 26:15 advantage after 10 minutes. 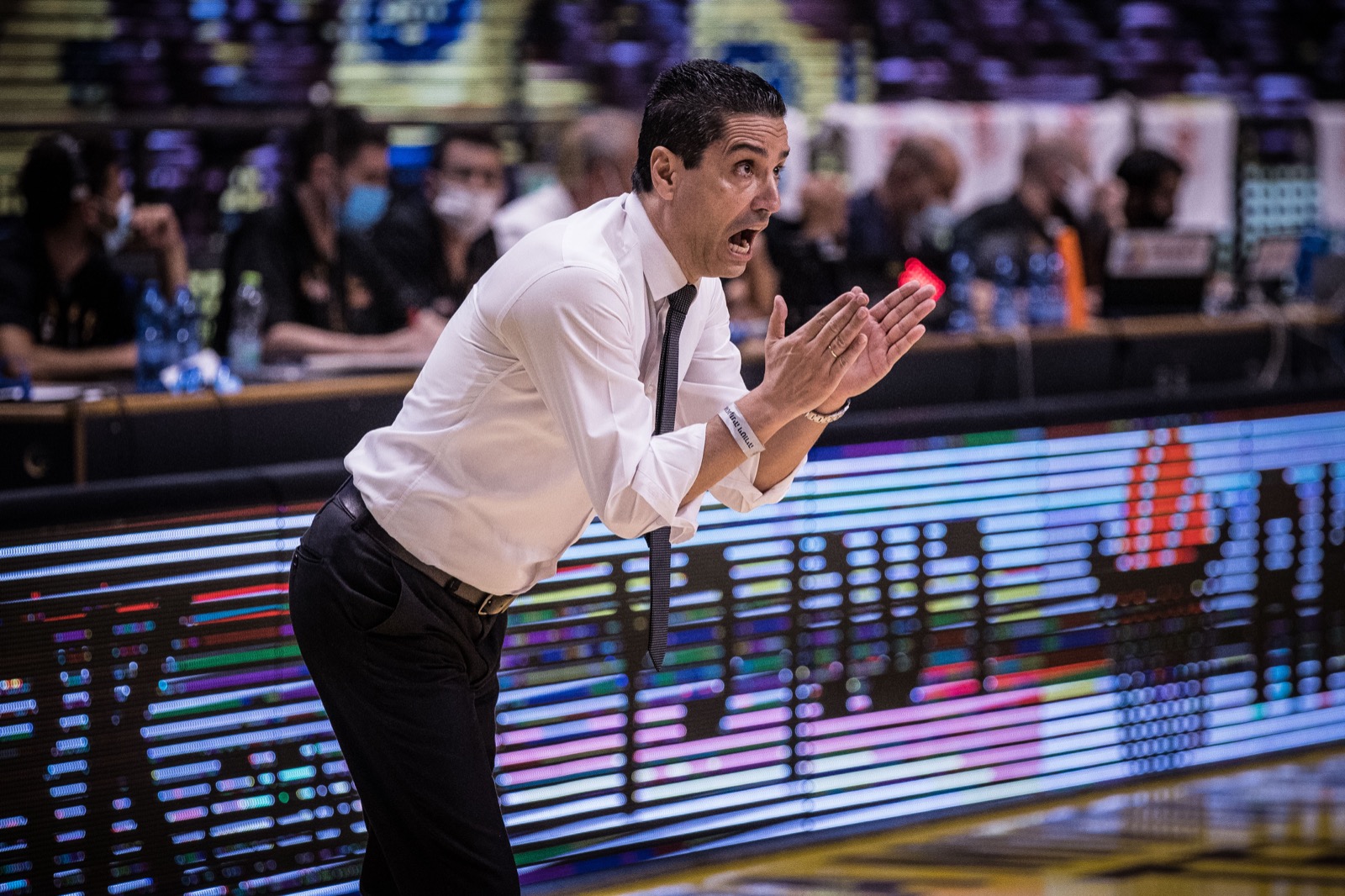 Madar nailed 6 consecutive points for the Reds, and Davis finished a three-point play as part of an 11:3 stretch, 40:36. Hunter laid in two to stop the visitors momentum, and Avdija notched one of two from the line to finish the first half with a 2 point lead, 43:41.

Avdija opened the second half with a steal and concluded it with a slam, and Dorsey floated two in, but Zanna flipped the momentum with 4 straight points, and Madar granted the Reds their first lead of the night after an 8:0 run, 47:51.

Caloiaro and Cohen responded with back to back threes restoring the advantage, and Dorsey took the team on his back, scoring 8 consecutive points, 61:56. Avdija lobbed a pass to Hunter, who laid it in under the basket giving Maccabi a 63:56 lead going into the final 10 minutes. 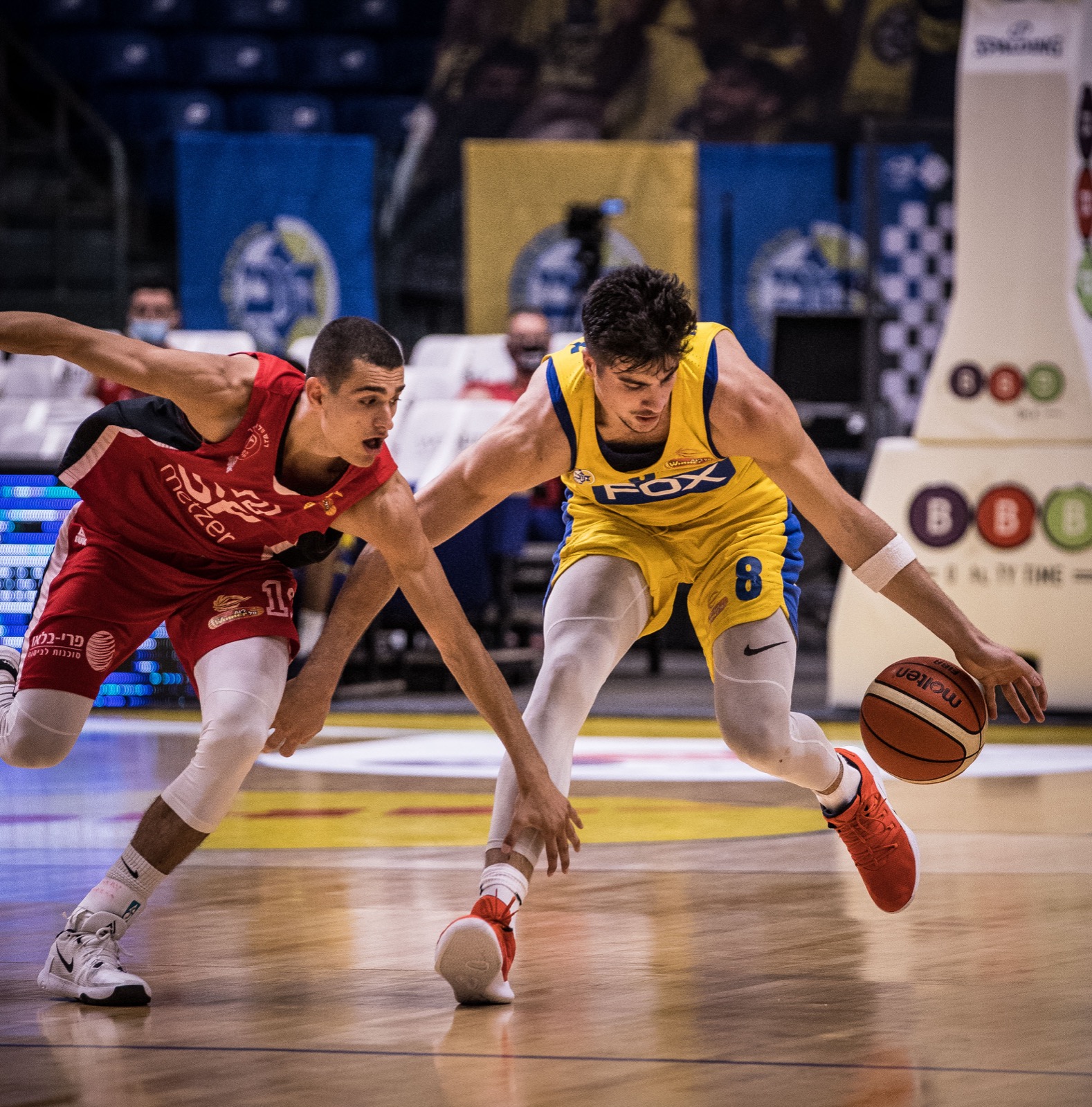 Both teams couldn't find a bucket for the first two minutes until Madar hit one of two from the free-throw line. Henry and Mashour reduced Maccabi's advantage down to 2, but Avdija stopped the scoreless streak knocking in Maccabi's first points of the quarter, 65:61.

Dorsey and Avdija ramped it up a notch, and Cohen scored two from the line, which completed a 9:0 run giving the Yellow & Blue a double-digit lead, 74:63. Tomer Ginat and Stoudemire exchanged buckets, but the Maccabi big man sealed the deal after laying two in, 79:65. Hapoel sent Dorsey and Avdija to the line in the final minute, and the promising Israeli hit two from the charity strike to secure a final four spot, 83:68.