The Yellows will try to bounce back from the disappointing loss in Moscow against an opponent they've already defeated this season. Evans, Williams, and Caloiaro will rest

After a disappointing week that included two close losses, Maccabi Playtika Tel Aviv wants to bounce back and taste victory again. On Sunday, the yellows will have a chance to do just that when they host Hapoel Eilat at Menora Mivtachim Arena (19:30 local, 12:30 pm ET).

Maccabi already met Eilat this season. It happened in Winner's Cup final, and the yellows triumphed big with a 92:62 win for the season's first title. The all-time head-to-head record between the two teams is also in favor of Maccabi that won 32 times and lost only nine times.

The yellows survived a long evening at Menora-Mivtachim Arena on the way to a 101:95 victory over the Southerns. Reynolds scored 24 points

It was tough, long, and exhausting, but at least it ended with a win. Maccabi Playtika Tel Aviv survived a double-OT thriller to beat Hepoal Eilat 101:95 at Menora-Mivtachim Arena. With this victory, the Israeli champs improved their league record to 4:2.

Following the loss to CSKA Moscow last week, Giannis Sfairopoulos gave Keenan Evans, Derrick Williams, and Angelo Caloiaro some resting time. In their absence, Maccabi struggled to maintain its attacking flow. Luckily for the hosts, Jalen Reynolds came to work with 24 points, and James Nunnally added 18 of his own. 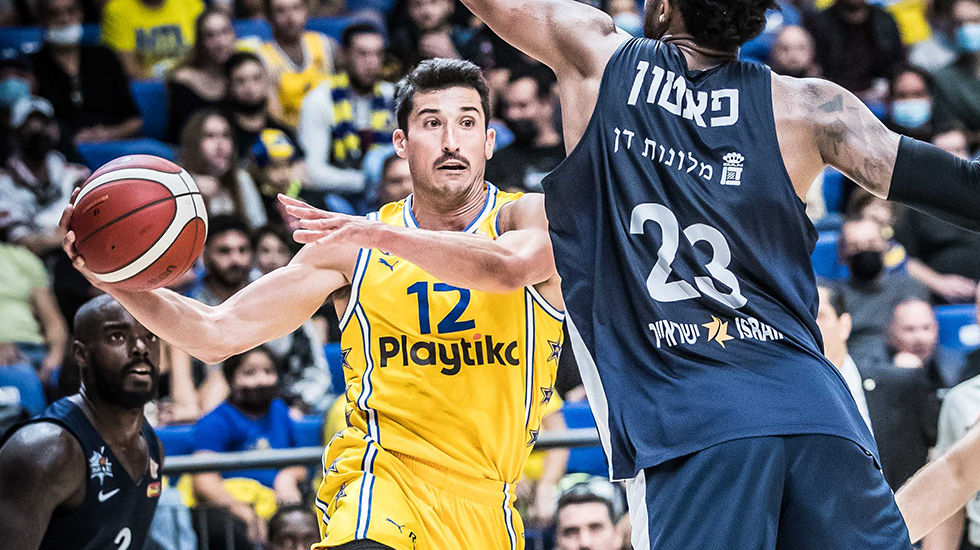 Scottie Wilbekin finished with "only" twelve points but added eight rebounds, eight assists, and a clutch three-pointer in the second overtime, which sealed the win.

Maccabi will now have three days to rest before hosting Monaco on Wednesday and traveling to an away game in Greece on Friday against Olympiacos.