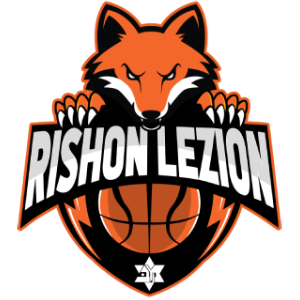 After beating Baskonia in the EuroLeague, Avi Even and his men host the last-placed Oranges (9 PM Israel time). Zizic, Thomas and Caloiaro were left out of the squad

After beating Baskonia in EuroLeague play, Maccabi Playtika Tel Aviv is back to the Israeli League for the first time in over two weeks. The Yellows plays host to last-place Maccabi Rishon LeZion on Sunday (9PM Israel time), and will be looking for their third league win in a row.

Maccabi will be without three players who were left put of the squad: Ante Zizic, Khyri Thomas and Angelo Caloiaro. This means that Jake Cohen is back after participating in the Israeli national team games last week. The 11 players to represent the reigning champions in the game: John DiBartolomeo, Scottie Wilbekin, Derrick Williams, Jalen Reynolds, Roman Sorkin, Oded Brandwein, Oz Blayzer, Jake Cohen, James Nunnally and Yiftach Ziv.

The Maccabees' adversaries are having a tumultuous season, having replaced head coach Guy Goodes with Dror Cohen, while also making many changes in the squad. The Oranges latest addition to the team, Anthony Brown, did make a difference by scoring 17.4 points and collecting 6.4 rebounds per game and helping Rishon LeZion to two wins in their last four games.

The champions celebrated thanks to 20 points from Sorkin and 33 team assists. On Thursday: The Yellows will face Red Star in Belgrade

In its most impressive offensive performance this season, Maccabi Playtika Tel Aviv defeated Maccabi Rishon Lezion 109:83 and achieved a third consecutive victory in Winner's league. The Yellows created an early run and never looked back, with five different players finishing with double digits and no less than 33 team assists.

Roman Sorkin led the scorers with 20 points, Jalen Renolds added 19 of his own in a game that helped Maccabi improve to an 11:6 league record. Avi Even's team will arrive in Belgrade on Thursday to meet Red Star in another crucial Euroleague game.