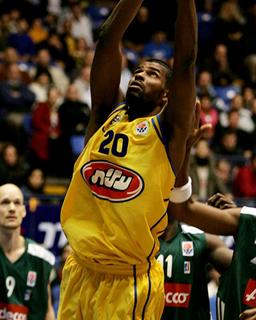 21 three pointers in 64% vs Ramat Hasharon

Seventy two hours after the dramatic win over Montepaschi Siena, Maccabi Elite Tel Aviv players enjoyed an evening stroll vs Hapoel Haifa/Ramat Hasharon. At half time they led 70-36 and after the third period 102-57. Eventually Maccabi won 131-85.
Maccabi set several season records in this game: 131 pts, 21 three pointers in 64% as well as 44 rebounds and 32 assists. Other recoreds: 94% in free throws (34-36) and seven players in double figures.
Before the game Tal Burstein was awarded a trophy as The Premier League Player of the Month of February.