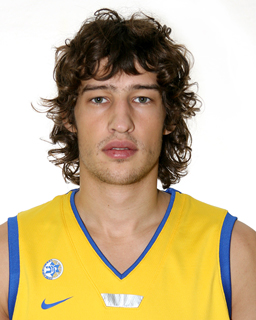 A huge win for Maccabi, forces game 3 at Moscow

48 hours after losing at Moscow, Maccabi Tel Aviv regained its pride, played with big heart and beat the champs 68-56

What a turnaround. 48 hours after the heavy loss at Moscow, Maccabi Tel Aviv regained its pride by beating CSKA Moscow impressively 68-56, a score that ended CSKA amazing run of 18 euroleague wins in a row. The teams will play next Thursday at Moscow on a third and decisive game. Nikola Vujcic (15 points) and Will Bynum (14) led Maccabi’s scorers, Lior Eliyahu voted as the MVP with 13 points and 10 rebounds, but the key to the win was without a doubt Maccabi’s amazing team defense. Cska fought for every basket and produced its lowest score in the last 10 years! Baskets were hard to come by at the start of the game and Maccabi led 6-4 after 5 minutes. A 13-0 run by Maccabi put the yellows ahead 34-18 but CSKA got within 10 points as the buzzer of the halftime sounded, 35-25 to Maccabi. Lior Eliyahu had 3 dunks and a huge block on Smodis (0 for 9 from the field), and Maccabi held on a late comeback by the euroleague champs to register its biggest win of the season, 68-56 over CSKA. Oscar Torres led Moscow with 12 points, Langdon scored 11 points but only 1 for 7 behind the arc. Maccabi: Vujcic 15, Bynum 14, Eliyahu 13, Jasaitis 8, Burstein 7, Sharp 6, Arnold 4' Green 1 Cska: Torres 12, Langdon 11, Ponkrashov 9, Papaloukas 7, Holden 6, Savrasenko 4, Andersen 3, Smodis 2.