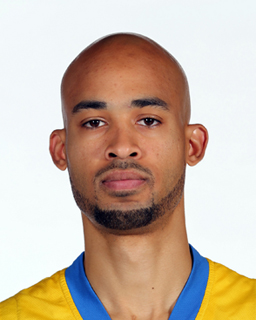 Maccabi Electra Tel Aviv pulled out a 77-71 road victory over Rishon Lezion, though at one point they had led by as many as twenty-five points. Logan was outstanding with 24 points, and James had a double double.

Starters for Maccabi were Shawn James, David Logan, team captain Lior Eliyahu, Devin Smith and Yogev Ohayon. Maccabi opened strong with points from Eliyahu, Smith and James, but Rishon matched the pace, 8-7 to Maccabi after four minutes of action. Logan broke the game open with ten points (including two triples) to make it 20-11 Maccabi with less than a minute and a half left in the period. The hosts managed to sink a three pointer to end the period with the score 20-14.

Maccabi continued to build their lead as the second quarter got underway, with a bucket by James and two baskets by Sylven Landesberg making it 27-18 after three minutes. Maccabi's defense kept Rishon locked down, while on offense Smith and Logan lit up the scoreboard, taking it to 40-21 in the final seconds of the half. The teams went into the halftime break with the score 42-24.

Maccabi continued to set the pace at the start of the third quarter with points on the fastbreak from Eliyahu (assist Logan) and Logan (twice) putting Maccabi up 51-28. Rishon refused to give up, however, and completely dominated the remaining minutes of the period, outscoring Maccabi 20-5. The quarter ended with the score 56-48.

Two straight buckets by Eliyahu gave Maccabi a little breathing room, but Rishon continued to hack away at the deficit, pulling within four, 60-56, after three and a half minutes of play in the period. The hosts kept up the intensity and claimed the lead, 63-62 halfway through the final period. A trey by Smith soon set things right, but Rishon knotted the score at 65 with four minutes to go in the game. Another dunk by Logan on the fastbreak and a bucket and one by Smith made it 70-65 Maccabi. From there, Maccabi maintained control of the game, as points by Smith, Landesberg and Logan sealed the deal, and Maccabi Electra Tel Aviv pulled out a 77-71 victory over Rishon Lezion.