Saturday night at 21:00: Maccabi heads out to Ashdod

After the big win in Vitoria, the Israeli champions want to stay undefeated in the domestic league. Nate Wolters and Othello Hunter weren't registered for the contest

Maccabi Fox Tel Aviv comes into Hakirya Arena with an 18 game winning streak in the Israeli league going back to last season and a perfect 5:0 record this season in the local league. After the historical performance in Vitoria that marked their six straight EuroLeague win by more than 10 points, the Yellow & Blue continue their road trip as they face Brad Greenberg's Maccabi Ashdod (21:05, live on channel Sport5).

Nate Wolters and Othello Hunter that have played incredible basketball lately, will get to rest and won't be available to coach Giannis Sfairopoulos. The foreigners that will play are Elijah Bryant, Scottie Wilbekin, Tyler Dorsey, Quincy Acy, and Tarik Black. Omri Casspi, who didn't join the team to Spain due to injury, will be back with the squad with him the youngsters Dori Sahar and Yonathan Atias. 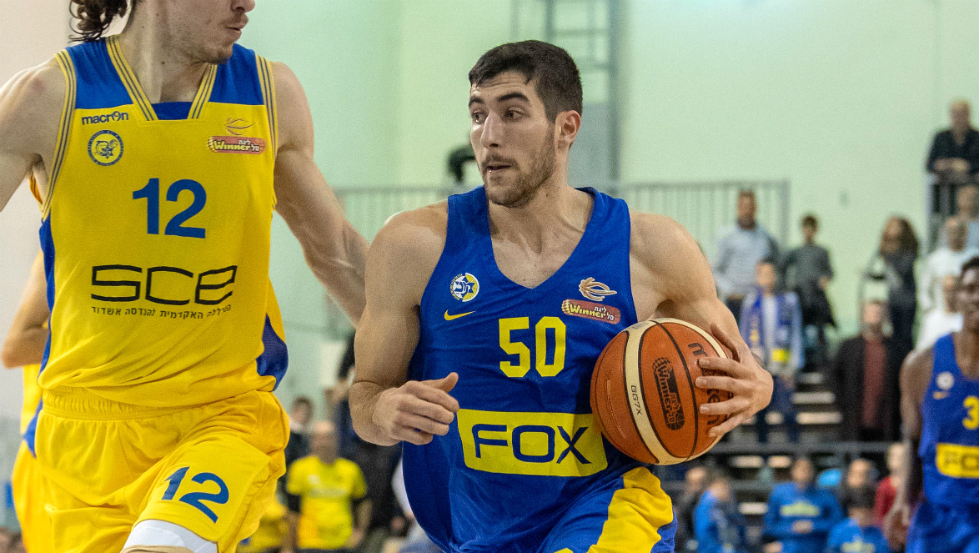 They will face Maccabi Ashdod that comes into this game losing 4 out of their 5 league games, as their only win came against Hapoel Tel Aviv in the third league fixture (83:76). Elijah Johnson is Ashdod's top scorer with 19.4 a night, as ex Maccabi Lior Eliyahu (13.5 points) and Noah Dickerson (12.4 points) also score in double figures for the dolphins.

The squad from Tel Aviv beat the southern team in all three matchups last season, as this game will be the 25th meeting between the two clubs in the regular season. Maccabi Fox Tel Aviv won 19 out of the first 24 contests coming into this game.

The Yellow & Blue stay undefeated in the domestic league to record their 12th straight win before the two EuroLeague contests against Milano and Barcelona. Quincy Acy led the visitors with 22 points and 6 rebounds

16/11/2019
HOME · News Archive · Maccabi defeats Ashdod 94:57
48 hours after the big victory over Baskonia, Maccabi Fox Tel Aviv extended their winning streak to 12 games with another tremendous performance. Without Omri Casspi, Nate Wolters, and Othello Hunter, the Israeli champions ran away to a 20 point advantage in the first quarter on its way to a 94:57 win over Maccabi Ashdod.

Scottie Wilbekin, Yovel Zoosman, Elijah Bryant, Quincy Acy, and Tarik Black started in the Yellow & Blue's starting five. Acy opened the game with a slam after an excellent pass by Black, as the visitors went on a 10:2 run in the first 2:30 minutes. On the other end, Noah Dickerson, with 4 points, brought Ashdod closer, 13:9. From that point on, Giannis Sfairopoulos squad never looked back, Acy continued his dunk display with two more scoring six straight points to put Maccabi on top, 19:9. The Israeli champions extended their lead to finish the quarter on a 17:0 run with a three-pointer by the captain DiBartolomeo, 30:9 Maccabi after one.

The visitors kept their foot on the gas pedal and didn't let Ashdod get anywhere near the basket, Jake Cohen hit a three-pointer to extend the run to 22 unanswered points. Elijah Johnson scored Ashdod's first point of the second quarter from the free-throw line, on the other end, Deni Avdija found Wilbekin that rose up to a rare dunk, 40:10. After ten and a half minutes, Johnson sank a bucket for the home squad, Dorsey hit a shot from behind the arc, but Josh Freund with two straight baskets cut down the lead, 45:22. Black with a massive slam at the end of the first half, gave Maccabi a 49:24 lead at halftime.

Black and Acy with beautiful dunks and Elijah Bryant regained the 30 point advantage, 59:29. Johnson tried to reduce the lead, but Black scored on the other end, 63:36. Avdija and DiBartolomeo scored easy points in transition, Dorsey (three), and an easy bucket by Cohen determined a 40 point lead after 30 minutes, 80:40.

With the start of the fourth quarter, Cohen scored two more easy buckets, ex Maccabi player Amit Ebo and Oded Brandwein reduced the lead to 86:45. The youngster, Yonatan Atias scored his first point in the Israeli League, LaDontae Henton hit a three to give Ashdod 50 points. The Yellow & Blue stay undefeated and bring their winning streak up to 12 straight games, 94:57.