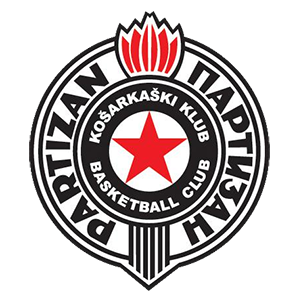 Maccabi FOX Tel Aviv opened their preseason games towards the 2020  season as they faced Partizan Belgrade, who went on to win the game 84:76 on the court in W?oc?awek.

All of the players who were listed in the yellow and blue roster took part in the game and earned playing time from head coach Giannis Sfairopoulos, who made numerous changes in the lineup throughout the game. Maccabi guard Scottie Wilbekin was not in the roster for the game as he is competing with the Turkish national team in the World Championships, as well as Dori Sahar who is taking part in basic training in the IDF.

Sfairopoulos started with Nate Wolters, Elijah Bryant, Omri Casspi, Quincy Acy and Tarik Black in the starting lineup who started the game well and by the half scored 8 points and grabbed 5 rebounds. Maccabi led by 7 points in the 2nd quarter, but Partizan ran and as the teams went to the locker rooms for the break the score stood on a 39:36 lead.

Just as in the end of the second quarter, Partizan made another run in the third as coach Sfairopoulos kept making rotations very often. Otello Hunter, who put on a pretty good performance in his first game as a Maccabi player, was able to score back to back blocks in one play. Nate Wolters, who was playing as the point guard for almost 20 minutes, handled the ball well and finished with 5 assists.

Partizan's players, led by head coach Rade Zagorac and Corey Walden who we know already from the Israeli league last season were already up by 14 (56:70) but Maccabi closed in on Partizan by the end of the 4th quarter and Bryant scored to finish the game at the score of 84:76.

After the tournament in Poland the Yellow and Blue will move on to France for 2 more practice games in the Anjer tournament, the first of the 2 will be against Shule. Following a short stop back in Israel, the team will fly to Athens to take part in the Giannakopoulos tournament, where Maccabi will face the hosts Panathinaikos in the opening matchup.

In the beginning of the preseason training the team took a tour to the Chelemno camp, which is an hour driving distance from W?oc?awek where the first pereseason tournament is taking place. Chelmno was the first camp in which Nazis murdered Jews by using gas, and was the first site in which the mass murders took place on a regular basis, The city of W?oc?awek was the first place under Nazi control where the Jews were forced to wear a yellow badge on their clothing, which is the origin of the connection between the yellow color and Maccabi.