The Yellow survey - fans' results are in

We reached out to the Maccabi family with some questions and got 5,000 answers and lots of insights. So, how satisfied are you with the building of the squad? What time should league games start? And how many of you will want to fly with Maccabi?

04/09/2021
HOME · News · The Yellow survey - fans' results are in
Over 5,000 fans of Maccabi Playtika Tel Aviv recently responded to a survey concerning many of the club's areas of activity. We asked the fans for their opinions on many issues, including this season's squad, the players they would like to see most on the court, their news consumption habits, and more. As always - they responded big.

Below you'll see some of the survey's results, based on 4,876 complete forms submitted. We're positive you'll find some of the insights genuinely fascinating.

At what age did you start supporting Maccabi?
While it is commonly thought that the sympathy for a sports team is determined between the ages of 6 and 14, Maccabi's loyal crowd presents a much more accurate figure. According to the respondents' answers, the average age is 8.77 years (around second and third grade). 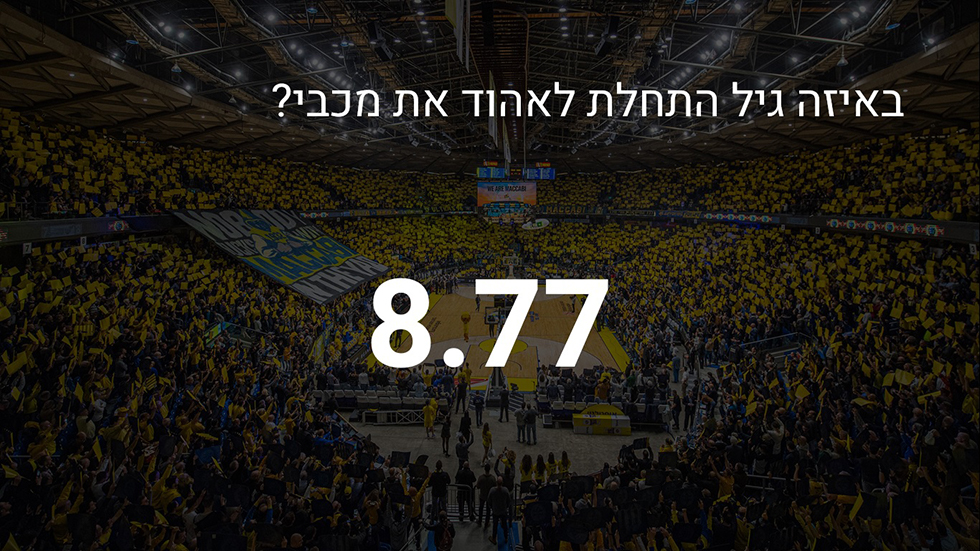 Who do you think should be included in Maccabi starting five?
Each respondent could fill in exactly five names from the complete squad list, and the player the majority chose was Scottie Wilbekin, with 96.6% of the votes. The second most common choice was Derrick Williams, who was placed in the starting five of 73% of the respondents. Keenan Evans came third with 54.9%, followed by James Nanley (51.3%) and Jalen Reynolds (50.4%). The Israeli player who has been chosen the most times was Yiftach Ziv (39.3%).

At what time should Maccabi's league games open?
The respondents were presented with four options, all between 7-9 pm local time. The results were pretty significant: 72% voted for an opening hour between 7-8 pm, with only 28% in favor of 9 pm (which reflects the current status).

Should it be allowed to substitute a player on the day of a league game due to injury?
Currently, the league regulations stipulate that a final squad list (up to 12 players) must be submitted the night before the game, and after that, no additional change is permitted. 93.4% of respondents answered that changes should be allowed, while only 320 respondents said no. 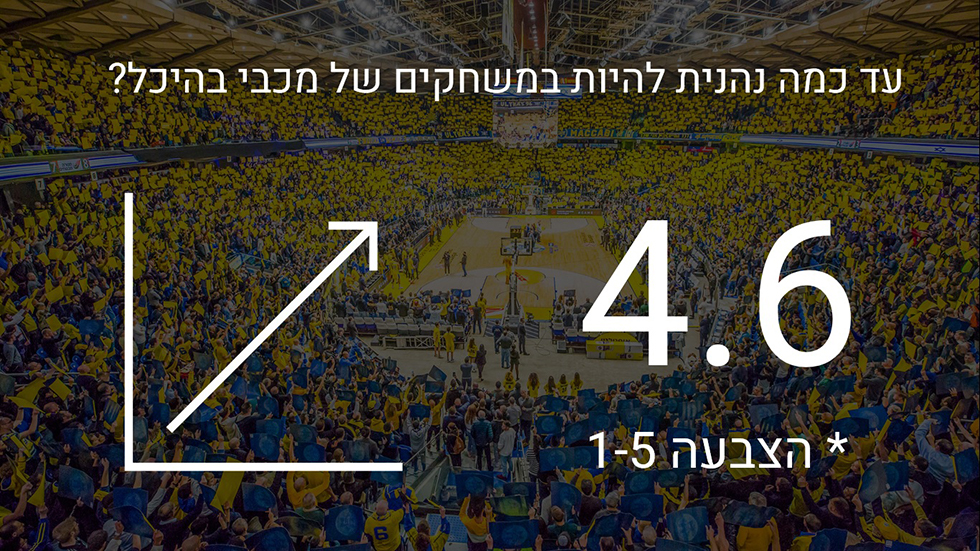 Where do you consume news about Maccabi?
Four options were presented to the respondents that were very decisive in return: Only 111 fans said that they consume news about Maccabi in sports newspapers, while 259 voted for television broadcasts as their source. 41.4% of respondents answered that they are updated through Maccabi's social networks, and 51% went with various sports sites.

In which social network do you mainly follow Maccabi?
Maccabi is gaining tremendous exposure on social networks thanks to more than 460,000 followers, a number that is on the rise. Despite nearly a quarter of a million followers on the Facebook page, the power of Instagram is well evident in this question. 41% of respondents chose Facebook, while 38% voted for Instagram as their primary platform. 10% focus mainly on YouTube, 5% on Twitter, 4% on Telegram, 1% on Tiktok, and an additional percent on LinkedIn.

Are you interested in traveling with Maccabi to away games in the Euroleague?
In contrast to the situation in the league, Maccabi fans repeatedly make it clear that the Euroleague games fascinate them, despite the distance and the need to fly. 75.3% of the respondents answered that they would be interested in flying to Maccabi games throughout Europe.