The 26-year-old was FIBA Champions League 2021 MVP, and last year excelled for Karsiyaka. Oded Kattash: "He can do a little bit of everything"

Maccabi Playtika Tel Aviv announces the addition of Bonzie Colson in a 2-year contract. The 6-6 American forward who arrives off a great season with Turkish team Pinar Karsiyaka. Colson, who is 26, was the MVP and top scorer in FIBA Champions League play in 2021, and also finished as one of the leading points maker in the tough Turkish league last season.

Colson is a strong and explosive forward who has confidence in his shot. He brings toughness on defense, works hard to grab the boards, and is good at spotting the open man. Last season he showed good range with 39.4% from beyond the arc, while also bringing energies and fighting spirit to the court.

"I’m happy to join the legendary club of Maccabi Tel Aviv", said Bonzie Colson in his first comment to maccabi.co.il. "I can’t wait to go out there and get to work and experience the love of the fans. I’m looking forward to having a successful season both in the Isreali league and the EuroLeague".

"Bonzie is a versatile combo-forward who can do a little bit of everything - he can impact the game through scoring but is also a tremendous rebounder for his position that covers space very well", commented Head Coach Oded Kattash to maccabi.co.il, "He is very energetic guy who brings toughness and intensity, a very communicative person who will fit well in the locker room". 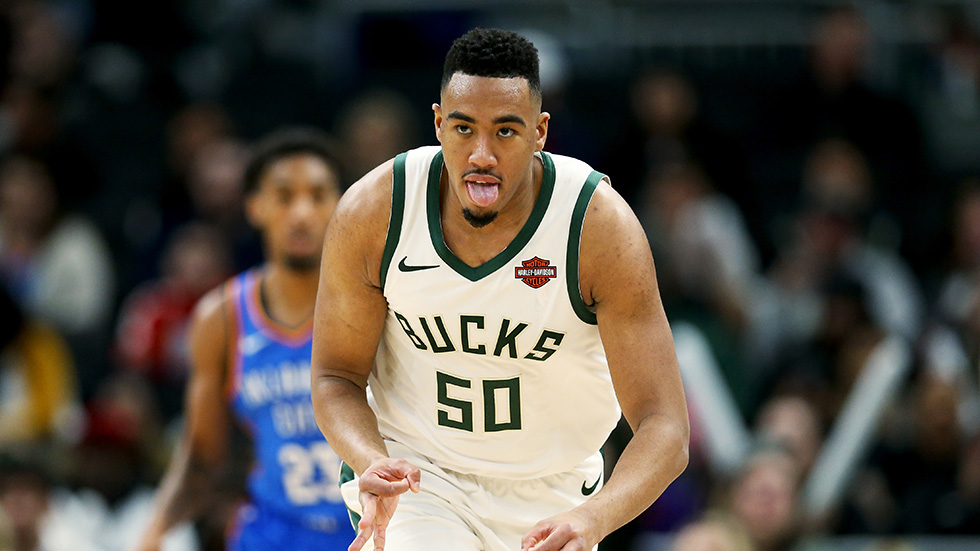 Bonzie Alexander Colson II Was born in Washington, DC on January 12th, 1996. He started his career playing at the interior positions, facing taller players, but he still managed to stand out. So much so that he was offered a scholarship by Notre Dame, where he improved on his perimeter skills on offense. In his Senior year in college, Colson managed impressive averages of 19.7 points and 10.1 rebounds per game.

Bonzie went undrafted in the 2018 NBA Draft, but played for the Cavaliers' G-League affiliate, the Canton Charge. In January 2019 he was signed by Milwaukee and played 12 games with the Bucks. Later that year, he moved to Turkey and played a successful season with Darussafaka, scoring 12.2 points and grabbing 5 rebounds per game.

The next season, Colson joined Strasbourg in France, where he posted 18.4 points, 5.1 rebounds ands 2.1 assists in the local league. He outdid himself in FIBA Champions League, claiming the scoring title and MVP honors with averages of 18.2 points and 6.2 rebound per game, while leading his team to the semis.

Last summer, he went back to Turkey and signed for Pinar Karsiyaka. This time, Colson scored 14.2 PPG in the FIBA Champions League play, and excelled in the Turkish league by reaching 16.9 points, 7 rebounds and 39.4% from deep.