The versatile guard (6-4, 26-years-old), who starred for Baskonia last season, is the latest piece in the yellow puzzle. Kattash: "He is one of the top guards in the EuroLeague"

The hot streak in Yad Eliyahu continues. Maccabi Playtika Tel Aviv signed on a two-year deal Wade Baldwin IV (6ft 4in, 26-years-old), who starred for Baskonia last season and is considered as on of the most versatile EuroLeague guards. Baldwin, who comes after posting 14.1 points per game in Vitoria, is a great athlete who can play both as a point guard and as second guard, can score at will and deliver great passes.

"Wade is one of the top guards in the EuroLeague, and possesses extraordinary physical skills", praised head coach Oded Kattash, "He plays well on both ends of the court and brings tenacity and aggressiveness". 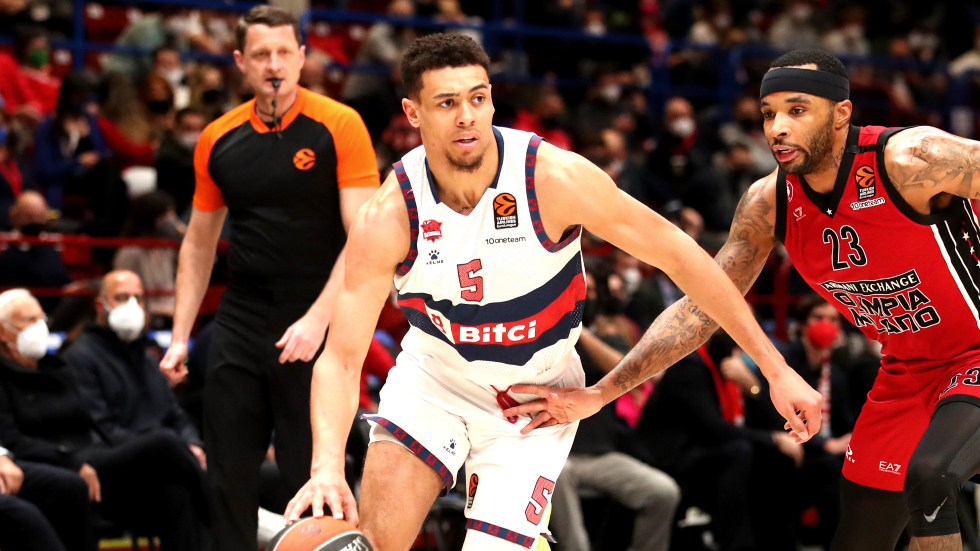 Wade Manson Baldwin IV was born on March 29th, 1996 in Belle Mead, New Jersey. He was a star in high school and played for Vanderbilt in college. Following a great sophomore season, in which he had 14.1 points per game on 40.6% from deep, along with 5.2 assists and 4 rebounds, he registered for the NBA draft. Baldwin IV was drafted 17th by Memphis.

Baldwin IV took part in 33 games for the Grizzlies, spent some time in the G-League and then bounced around the NBA: he moved to Portland, Cleveland, Houston, Indiana and Toronto's G-League team. In the summer of 2019, David Blatt lured the tall guard to Europe, specifically to Olympiacos.

In his debut EuroLeague season, Baldwin started 9 games for the Greeks and played just over 16 minutes per game. His breakthrough came the next season in Munich; Baldwin announced himself as one of the leading scorers in Europe with 15.3 points per game, combined with 4 assists, 3 boards and 1.1 steals, leading Bayern to the playoffs.