Guard
Born:
08/11/1991
Season:
1
Nation:
USA
Height:
1.93
Pos:
Guard
Austin Hollins landed in Tel Aviv in 2022 from Crvena Zvezda. He is an intelligent, tough and active player, with good defensive skills, athleticism and quick ball release, who can play both the shooting guard and small forward positions. Hollins shows the ability to recognize gaps in the opposing defense, is not afraid to take shots under pressure and brings great character and experience playing in team-first systems in Europe’s highest level of basketball.

Austin Hollins was born in Chandler, Arizona, a suburb of Phoenix, on November 8th, 1991. His father, Lionel, was at the time the assistant coach of the Suns. Lionel played 10 years in the NBA, won the 1977 championship with Portland and was chosen to the All-Star game in 1978.

Naturally, Austin went in his father footsteps and became a player himself. He starred in high school, drew the attention of several big programs, and eventually committed to the University of Minnesota. There, he played 4 years and was chosen as the MVP of the NIT in his senior year. Despite this, he was not picked in the 2014 NBA Draft.

The swingman started his professional career in France’s second division, later moved to Finland and landed in Germany. It was there that Hollins made his breakthrough, posting 12.5 points and 2.7 per game and winning the local dunk contest. In July of 2019, he departed for the EuroLeague newcomers, Zenit St. Petersburg.

In Russia, Hollins fit in by scoring 10.4 points, grabbing 2.1 rebounds and makins 1.4 steals per game in the top competition outside the NBA. He stayed for a second season and helped Zenit to a historical playoffs birth, and last year moved to Belgrade.

With Crvena Zvezda, the guard/forward won three titles: the Serb championship and cup and the ABA League championship. In the local competition, he delivered 8.9 points, 2.1 rebounds and 1.5 steals per game, while in the EuroLeague he had 8.1 points, 1.9 rebounds and a steal on average. 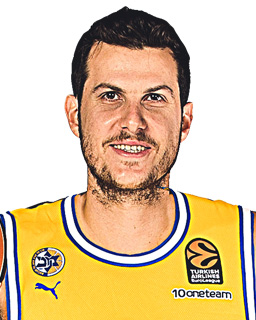 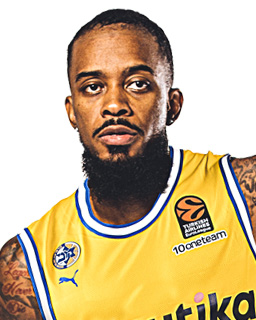 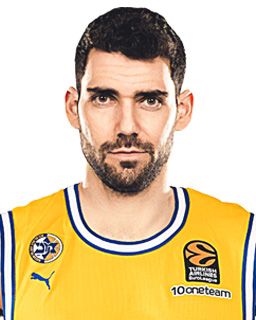