Completed his first season with the club. Won the Euroleague Championship. Started playing with Junior team in Split. Went to high school in Winchendon,. Mass. Selected by Dallas Mavericks in second round (35th pick overall) in 1998 NBA Draft. In March 1999 signed a 2 years contract with Dallas. Played 17 games with averages of 1.7 pts & 0.9 rbds. In summer 2000 signed a 2 years contract with Indiana Pacers. In 33 games he averaged 2.3 pts & 1.2 rbds. In July 2002 signed by Boston Celtics where he played 26 games with averages of 1.2 pts & 1.1 rbds. In October 2003 moved to Cleveland Cavaliers where he played in only four games before going on the injured list. In January 2004 signed a 10 day contract with New York Knicks and since then has been a free agent. Won the silver medal with Croatia in the 1998 European Juniors Championship and a silver medal with the Croatian u. 21 team in the World Championships for Young Men in 2001 in Japan. With Maccabi Elite Tel Aviv he played only in the Euroleague. 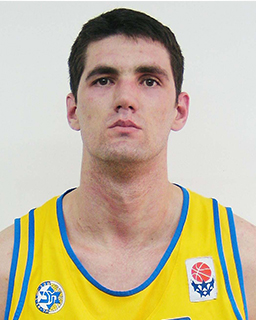